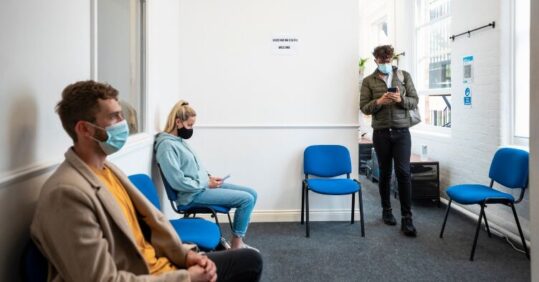 GP practice staff should receive enhanced pay for working on Monday during the bank holiday announced for the Queen’s state funeral, the BMA has advised.

In a set of ‘working recommendations for doctors’ for the bank holiday, the BMA reiterated NHS England guidance that ‘primary care professionals and their teams will want to pay their respects on this day wherever possible’.

It said: ‘There is no statutory entitlement for time off on such bank holidays, so the arrangements are subject to local decision-making by employers.’

Previously, NHS England said that GP practices are ‘contractually able to close’ for the bank holiday but that issues of extra pay or time off in lieu were up to individual employers.

The BMA guidance added that the day will ‘be treated the same as any other public holiday and will constitute premium time, attracting enhanced rates for all staff subject to medical contracts who are required to work on Monday 19 September’.

It also called for a change in rules so that those who work on a ‘less-than-full-time’ basis do not need to use their annual leave allowance to take the public holiday off.

It said: ‘Given that the purpose of this bank holiday is to allow people in the UK to pay their respects to the Queen, we do not think it is reasonable that they should be expected to use their annual leave allowance to supplement them taking the full day.

‘However, NHS Employers has indicated that where someone chooses to take a day of leave on a bank holiday which falls on a day they would normally work, they must take a day out of their combined annual leave allocation, which would be increased pro rata to recognise the additional bank holiday.’

Nursing in Practice‘s sister publication Pulse revealed this week that NHS England will not provide any additional funding for GP practices that choose to remain open next Monday.

Also earlier this week, Dr Layla McCay, director of policy at the NHS Confederation, said that NHS leaders are ‘awaiting confirmation from the Government that this additional cost [around enhanced pay for healthcare staff] will be compensated in full.’

A version of this story was originally published on Nursing in Practice’s sister title Pulse.