Liz Truss promises to crack down on industrial action 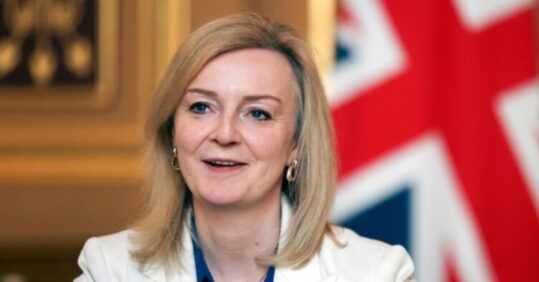 Nurses’ ability to take industrial action has come under threat, unions have warned, after Liz Truss said she would crack down on unions if she won the Conservative leadership election.

Ms Truss, who will face Rishi Sunak in the final round of the Conservative leadership race, has promised that she would introduce legislation to limit the disruptive power of trade unions within the first 30 days of taking up the role of PM.

Critically, she proposes to increase the minimum ballot threshold from 40% to 50%, in a move unions have told Nursing in Practice would be a ‘direct and unwarranted attack on people’s right to take industrial action.

Ms Truss’s campaign team the change would come as part of ‘a number of measures to hinder unions’ ability to cripple the economy’ and guarantee a minimum level of service on ‘critical national infrastructure’.

This also includes lengthening the minimum notice period of industrial action from two weeks to four, which would make it easier for employers to hire agency staff to cover those on strike under legislation approved by MPs earlier this month.

Mrs Truss said: ‘We need tough and decisive action to limit trade unions’ ability to paralyse our economy. I will do everything in my power to make sure that militant action from trade unions can no longer cripple the vital services that hard-working people rely on’.

Unions have said that increasing the minimum ballot level would make it even more difficult for workers such as nurses to legally strike.

RCN director of employment relations and legal services, Joanne Galbraith-Marten, said: ‘If implemented, this would be a deliberate and unwarranted attack on people’s right to take industrial action. Health professionals are already subject to the most draconian anti-trade union laws of any workers.

‘Our members understand that any industrial action they take must not endanger their patients but their rights must be protected if they want to take action in protest at poor pay or persistent staffing shortages that damage patient care’.

The announcement comes as the RCN prepares to ballot members in England and Wales on Agenda for Change (AfC) contracts on whether to take industrial action over the Government’s latest pay rise for nurses, after the nursing body branded the Government’s pay rise a ‘grave misstep’.

Sharon Graham, secretary general of Unite, said that these latest proposals would be an ‘attempt to outlaw strike action and effective trade unions.’

‘At the time of a cost of living crisis, where profiteering not wages is driving inflation, this would-be prime minister has instead chosen to return Britain’s workplaces to the 19th century. It’s Charles Dickens meets 2022.

‘Unite will not bow to threats and bullying and any attempt to make our fight for jobs, pay and conditions illegal will be met with fierce, prolonged resistance.’