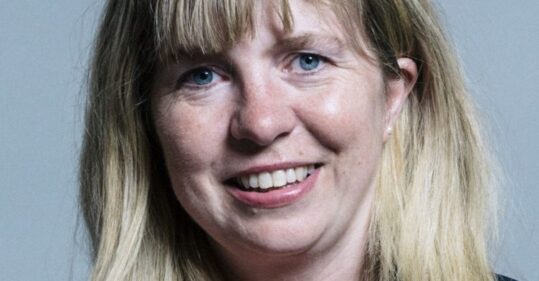 Maria Caulfield has been named the new minister for public health and primary care as part of Boris Johnson’s recent cabinet reshuffle.

Her appointment follow the Prime Minister’s second cabinet reshuffle of his majority government. She replaces Jo Churchill MP, who moved to the Department for Environment, Food & Rural Affairs.

Ms Caulfield is currently Conservative MP for Lewes after her election in May 2015, and was previously vice chair of the Conservative Party for women, and assistant Government whip.

Before entering politics, she worked as a NHS cancer nurse, and chose to return to frontline nursing in March 2020 to help tackle the Covid pandemic.

Health secretary Sajid Javid welcomed Ms Caulfield to his team at the Department of Health and Social Care.

Meanwhile, Ms Throup, the new Parliamentary under-secretary of state for vaccines and public health, will assume authority over vaccine deployment after Nadhim Zahawi was promoted to the Cabinet.

Alongside Covid vaccines, she will be the lead minister for crisis response, and in charge of health improvement, levelling up, prevention, immunisation and screening, Test and Trace, abortion and global health security.

Ms Throup, who grew up in West Yorkshire, has been a Conservative MP for Erewash since May 2015, and was previously a Government whip.

A version of this article originally published on Nursing in Practice sister publication Pulse.