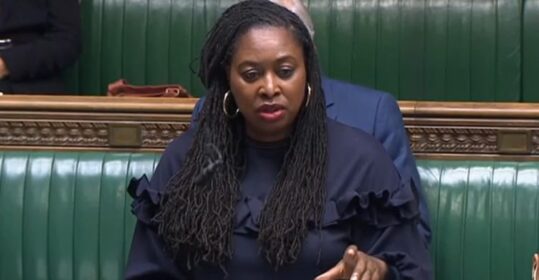 MPs have voted 304 to 240 against an amendment to the Health and Social Care Bill to protect the nurse title in UK law, so only registered nurses can use it.

They yesterday discussed the amendment tabled by Labour MP Dawn Butler to ensure that no one is able to ‘practice’ or ‘carry out business’ under the nurse title unless registered with the NMC.

Speaking to the House of Commons, minister of state for health Edward Argar argued the amendment is ‘flawed’ and does not address ‘fundamental challenges’ such as the nurse title being used by other professionals including dental nurses and veterinary nurses.

He explained: ‘As has been pointed out by the interim chief nursing officer for Scotland, any change would need careful consideration of the impact for public groups currently using the title nurse outside of healthcare settings.’

‘I’d also noted the protection of a title is only one part of the regulatory system – and the complexities associated with this,’ he added.

However, Mr Argar said he could see ‘the benefit of providing reassurance and clarity for both patients and professionals’ and understood the ‘intent’ behind the amendment’.

Ms Butler said the ‘long overdue’ amendment is ‘about the safety and protection of patients and the public’. She pointed out the titles of paramedic and physiotherapist therapist are protected, adding that it is ‘dangerous’ the nurse title is not.

She continued: ‘Public and patients have the right to know the treatment and advice they’re receiving is from a registered healthcare professional.’

Ms Butler noted that over 70 nursing organisations supported protecting the nurse title such as the RCN, the QNI, the Institute of Health Visiting, Unison Health and Unite.

Despite the vote against the amendment, Professor Alison Leary, who is behind the petition calling for the protection of the nurse title, said on Twitter that ‘we will not be stopping’. She added: ‘This is a serious public protection issue. We have seen the impact it has on patients and families.’

It is still possible for the nurse title to be protected through regulatory form, she pointed out. The Government said in July that it will ‘consider in detail’ whether to protect the title in law as part of the ongoing review into professional regulation, in response to the petition.