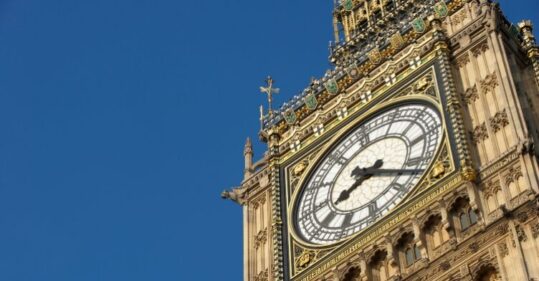 The RCN’s chief executive has said that nursing staff will ‘continue to demand action’ after MPs voted down an amendment on workforce planning to the Health and Care Bill last night for the third time.

The House of Commons voted 278 to 182 against the Lords’ amendment, arguing there was already a clause in the Bill about workforce reporting and it was ‘not necessary to impose further or different reporting duties on that topic’.

The Lords sought to include an amendment to the Bill that the Government must publish reports on workforce numbers every three years. The reports would have included an independent assessment of current workforce numbers and the projected workforce supply for the following five, 10 and 15 years for England.

Minister for health Edward Argar said last night that the amendment was ‘unnecessary’ as the government was ‘already doing substantial work to improve workforce planning’.

An amendment insisting on the publication of independent reports on workforce numbers every two years was backed by around 100 organisations, including the RCN, but was also voted down in March.

MPs had previously voted against a similar amendment to the Bill proposed by former health secretary Jeremy Hunt.

Speaking last night, Mr Hunt said: ‘I am afraid that, by voting down a simple request for independent estimates of the number of doctors and nurses we should be training, the Government are actively choosing to sweep the problem under the carpet… NHS and care staff deserve better after two years of the pandemic.’

RCN general secretary and chief executive Pat Cullen said: ‘Former health ministers have learnt the consequences of ignoring the NHS workforce crisis – it continues to build and yet today’s ministers are digging in.

‘All major health care organisations asked them to publish an assessment of how many nursing staff and others are needed to provide safe patient care. This is in the face of tens of thousands of nursing vacancies which are contributing to treatment delays, with some patients even paying the highest price.

‘Nursing staff will continue to demand action on behalf of patients and the public.’

The RCN has previously said the proposals would have represented an ‘essential first step towards tackling the NHS workforce crisis’. Health and care staff shortages are now ‘very clearly’ impacting care, an NHS leader has warned.

The Bill is back with the House of Lords this afternoon. Both houses must agree on the final wording before it can receive royal assent and become law.

In exceptional cases, when the two Houses do not reach agreement, the Bill falls.