Nearly one in five have experienced suicidal thoughts due to cost of living, survey finds 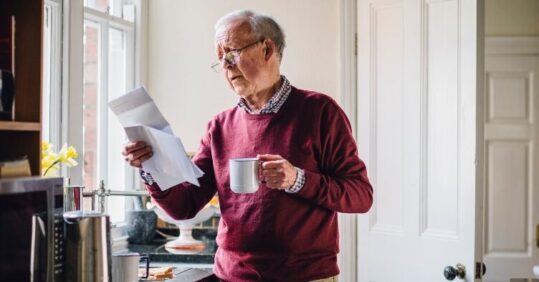 The rising cost of living and the mounting debt in UK households is having a devastating impact on the mental health of UK adults, and is linked to suicidal thoughts, according to a survey published today.

The survey – conducted by YouGov and commissioned by the Money and Mental Health Policy Institute, a charity supporting people suffering mental health problems because of their financial situation – found that 17% of respondents said that they have experienced suicidal ideation over the past nine months due to the rising cost of living.

If the sample size of 2,049 adults questioned between 11 and 14 November was representative of the entire population, this would translate to just under nine million people experiencing symptoms of this severity due to the cost of living.

The report also found 54% had experienced negative feelings due to the cost of living, 45% reported feeling anxious, 23% have been depressed, and 15% said that they have felt ‘unable to cope’.

Commenting on the research, Martin Lewis, founder and chair of the Money and Mental Health Policy Institute charity, and founder of MoneySavingExpert, said: ‘The link between serious financial problems and suicidal thoughts is long established. So it’s no surprise that the cost of living crisis, with bills hugely increasing, on the back of the pandemic is causing some people growing distress.

‘Yet the scale of this distress is particularly worrying, and it leaves a serious concern about the impact on the number of people who may consider taking their own lives.’

A key issue revealed by the report is the impact that debt, and pressure from debt collection agencies can have on people’s mental health.

One respondent to the report described how he had received seven contacts in seven hours from a single debt collection agency, meaning he chose to stop answering his phone and messages,  resulting in him becoming ‘more reclusive’.

The report’s authors have called on the Government to adopt rules to stop debt collectors from harassing debtors, adopting US-style rules to offer more protection. They also urge the Government to update the national suicide strategy urgently.

Helen Undy, chief executive of the Money and Mental Health Policy Institute, said: ‘The cost of living crisis is already ruining lives, and it’s no exaggeration to say that without urgent action it will take lives too. Suicide rates increased in the last recession, and it’s time the government acted with urgency to learn the lessons from that.

‘Every life lost to suicide is tragic and preventable. There is rarely a single cause for someone becoming suicidal, but it’s clear that the barrage of letters and calls bombarding people with debt problems is causing huge distress.

‘It’s vital that the government acts quickly to stop people being deluged in this way. Acting now could genuinely save lives as the cost of living crisis deepens in the coming months.’

Last month, charities urged the Government to take action after official figures pointed to a worrying rise in the prevalence of mental health disorders among children and young people.