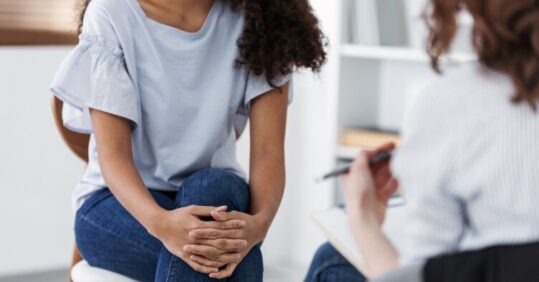 The number of children and young people needing treatment for serious mental illnesses including eating disorders are reaching crisis point with over a million referrals made, official data shows.

In the year 2021-22, the latest data available, there was a 39% rise in the number of under-18s referred to NHS mental health services. In that year alone 1,169,515 children were referred, including those who were suicidal, suffering from serious anxiety or depression, or with eating disorders.

Dr Agnes Ayton, chair of the Eating Disorders Faculty at the Royal College of Psychiatrists said: ‘It is utterly heart-breaking to see an 82% increase in the number of children and young people being referred for eating disorder treatment over the last two years.

‘Without early support eating disorders become much worse and harder to treat, with possible life alternating consequences. Services have been under pressure for many years, but the pandemic has rapidly made the situation much worse.

‘If the government and NHS leaders are serious about dealing with this ongoing eating disorders crisis, they must ensure specialist services are supported with the same level of focus given to elective care.’

The most recent data available, from April to October 2022, shows there were 3,456 admissions for eating disorders, up 38% from for the same period in 2019, before the pandemic.

As more data is released, 2022-23 could see the highest number of admissions for eating disorders among patients of all ages. Between April and October 2022 there were 15,083 admissions, compared with 28,436 for the whole of 2021.

A Department of Health and Social Care spokesperson said: ‘We are already investing £2.3bn a year into mental health services, meaning an additional 345,000 children and young people will be able to access support by 2024 – and we’re aiming to grow the mental health workforce by 27,000 more staff by this time too.’