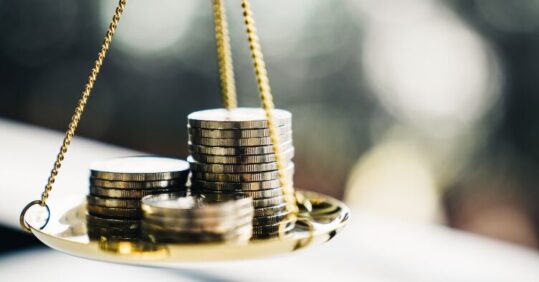 The RCN has warned that ‘unfair treatment’ will push even more nurses ‘out of the profession’, as the Government is reportedly set to announce a 5% pay rise for public sector workers – well below the rate of inflation.

The UK government is expected to imminently announce the 2022/23 pay award for NHS staff in England, and the RCN has repeated calls for fair pay for nursing staff, pushing for a pay increase of 5% above inflation.

The rate of inflation for May was 7.9%, according to the Office for National Statistics (ONS), with June’s rate expected to be published on 20 July.

But NHS England has previously warned that a pay rise above 3% will not be possible without either service cuts or further central funding. However, a Cabinet minister has now reportedly confirmed a 5% pay award for public sector workers, according to the Financial Times.

The Department of Health and Social Care (DHSC) did not confirm nor deny the 5% pay award when asked by Nursing in Practice.

RCN chief executive Pat Cullen pointed out that Scottish healthcare staff have also been offered a 5% pay award, but the RCN came out against it and has asked members to reject it and consider industrial action is ministers ‘do not move’.

She said nursing staff in England will not find a 5% pay award ‘remotely acceptable’ and that ‘years of pay cuts from ministers should not be capped off with yet another real-terms fall in salaries’.

She highlighted that ‘there are tens of thousands of vacant nurse jobs’ – with the latest NHS vacancy figures from March 2022 showing 38,972 vacancies – and warned that ‘unfair treatment will push more out of the profession.’

Ms Cullen said ‘nursing is a highly-skilled profession which deserves fair pay’ and nursing staff’s ‘work and current personal hardship warrants better from government,’ suggesting ‘ministers in Westminster still have the opportunity to see the writing on the wall and do the right thing by nursing’.

Meanwhile, 55% of the public believe that an above-inflation pay rise for NHS staff of more than 9% would be a fair increase, Unison said a poll published on 18 July indicates.

The research by Savanta ComRes on behalf of 13 of the UK’s health unions – between them representing around a million NHS staff – shows this compares with 28% of people who say a below-inflation rise would be fair, Unison said, while 69% back a wage increase of more than 5%.

Almost three in five (58%) UK adults believe health workers would be justified in taking industrial action if the government pay award in England is below inflation, according to the survey of more than 2,000 people.

This compares with 29% of people who say NHS staff would not have grounds for taking strike action if there is a below-inflation pay award.

More than four in five (85%) adults agree that decent pay is essential to health workers staying in the NHS and to patient care improving, the survey found.

Sara Gorton, Unison’s head of health and chair of the NHS group of unions, said the public ‘clearly supports’ an above-inflation pay rise across the NHS, and urged the government to ‘find the money needed or risk worsening the current staffing crisis and lengthening test and treatment waits for patients.’

She highlighted how people have said they would ‘be behind NHS staff should they opt for strike action if a decent increase isn’t forthcoming,’ but called for ministers to ‘act now rather than stumble into a dispute no-one wants to see.’

A DHSC spokesperson said: ‘The government wants a fair pay deal for nurses, doctors and the taxpayer, and is carefully considering the recommendations from the independent pay review bodies.

‘We are incredibly grateful to all NHS staff and they received a 3% pay rise last year – increasing nurses’ pay by £1,000 on average despite a public sector pay freeze – and we are giving NHS workers another pay rise this year.’

The RCN said it has found public support for nursing staff taking industrial action in their fight for fair pay has ‘risen sharply’ in just a few weeks, as nurses wait for the pay award announcement.

An 8% fall in UCAS applications to UK nursing programmes is ‘a real cause for concern amid a workforce crisis which is compromising safe patient care’, the RCN has warned.