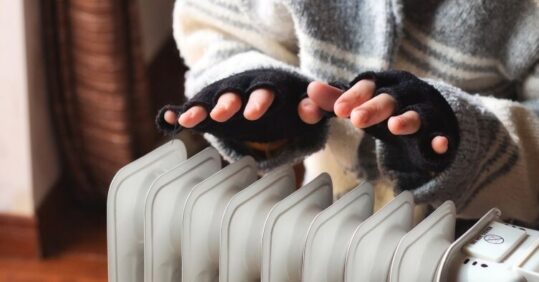 NHS trust leaders say that they are preparing for the worst winter in their NHS careers amid mounting concerns over workforce, inflation, and a lack of social care funding, according to a new survey.

NHS Provider’s survey, of 183 leaders from 121 trusts. found leaders in the NHS are now more concerned than ever about their ability to meet demand, with 85% saying that they are more concerned about this winter than any other in their NHS career.

Of those surveyed, 89% of trust leaders now say they are extremely concerned about the impact of seasonal pressures over winter. While the remaining 11% say that they are moderately concerned.

The vast majority of NHS trust leaders (86%) now say that they are worried or very worried about their trust’s capacity to meet demand over the coming months, with workforce and social care issues being a driving factor.

‘Leaders across the NHS are telling us about demoralised staff and a rise in resignations and retirements. Below-inflation pay awards, increases in the cost of living and wider dissatisfaction mean the health service is on the cusp of a highly challenging winter with a number of healthcare workers now contemplating industrial action alongside nurses.’

Three-quarters of trusts were worried or very worried about having the right numbers, quality or mix of staff the deliver healthcare effectively.

One survey respondent, who is the leader of a combined mental health, learning disability, and community trust, said that their biggest risk was ‘workforce capacity including loss of goodwill from staff following the pay award’.

At another combined NHS trust, the strategy director said: ‘Workforce gaps continue to be a huge risk, and the more challenging it becomes the more likely people are to find alternative employment that rewards them better financially during the cost-of-living crisis.’

RCN secretary general Patt Cullen said: ‘NHS leaders are having to cry out for help on the eve of the government’s spending announcements. Their fears are the same as ours – patients are being put at risk by the lack of investment from government.’

Another common theme found in the survey was a growing concern over the lack of social care funding.

The chair of one community trust told the survey that ‘the number of patients in our intermediate care units and urgent community response teams who are ready to move on to other services is already at an all-time high at the end of September’, and that ‘70% of these delays are directly attributable to a lack of social care options’.

Saffron Cordery continued: ‘Social care is a huge concern. Thousands of people are in hospital beds when they could be recovering at, or closer to home, because social care capacity can’t keep up with demand. For far too long, governments of all colours have dodged difficult decisions on social care reform to the detriment of patients, staff and the wider health and care system.’

A Department of Health and Social Care spokesperson said: ‘We know the coming months will be challenging and we are grateful for the commitment of hard working NHS staff. We are taking urgent action to boost capacity and resilience.

‘This includes an extra £500 million to speed up hospital discharge and free up beds, getting ambulances back on the road more quickly, delivering 50,000 more nurses, increasing the number of NHS 999 and 111 call handlers and creating the equivalent of at least 7,000 more beds.’