State of social care has ‘never been so bad’, says social services leader 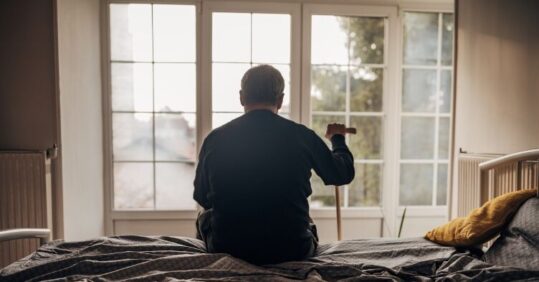 The state of social care in England has ‘never been so bad’, president of the Association of Directors of Adult Social Services (ADASS) Sarah McLinton has said, as half a million wait for care.

Speaking at the National Children and Adult Services Conference in Manchester yesterday, Ms Mclinton warned the councils are receiving 5,400 new requests for help every day even as 2.2 million hours of homecare could not be delivered in the first quarter of the year.

Last month, a report by Skills for Care found vacancies among care workers are on the rise, even though an estimated 480,000 additional workers are needed by 2035 to keep pace with demand.

Nurses in social care were the worst affected group, with 1,600 fewer filled registered nurse positions than the previous year, a 4.5% decrease year on year, leaving 14.6% of roles unfilled.

‘We must continue to focus on people,’ Ms McClinton told the crowd. ‘It is the people who need care and support, unpaid carers, our friends, our relatives, and people who work in care who are most exposed – and winter’s approaching rapidly.

Demand for adult social care services is mounting. This year, there were almost 2 million requests for social care, from 1.4 million new service users; an equivalent of 5,420 requests a day, up by 170 on the previous year.

However, this comes as the number of adult social service users fell to a new low of 818,000, part of a downward trend beginning in 2015-16. NHS Digital said this trend is due to a ‘decrease in those aged 65 or over’ and the effects of Covid.

Despite the number of service users receiving long-term care falling, local authorities are spending almost a billion more on their care.

Ms McClinton also commented on the Government’s continued failure to provide the £500m in funding for adult social services, which was supposed to boost discharge from hospitals into care homes and domiciliary care.

‘In September, Therese Coffey’s ‘Plan for Patients’ announced £500m for social care to help people get out of hospital…. ‘Coffey money’ as one director dubbed it,’ said Ms McClinton.

‘It’s now November and winter is coming, once again. Once again, we have no certainty, no plan and increasingly little time. If we added together all the sticking plasters, we have seen over the past 10 winters, we could at least have invested in one proper bandage, and we might have started to heal the wound.’

A government spokesperson said: ‘Social care is a top priority, and we are committed to bolstering the workforce and protecting people from unpredictable care costs.

‘We have today launched our annual domestic recruitment campaign, Made With Care, to encourage people to take up a career in adult social care and we are also investing £15 million to increase international recruitment into the sector.

‘Funding for health and social care services will be maintained at the same level as intended when the Health and Social Care levy was in place, including £5.4 billion for adult social care, while we have committed £500 million to support discharge from hospitals into care homes.’