‘NHS waiting lists could rise to 14m in England next year’ 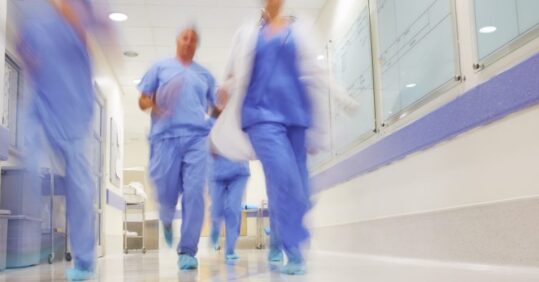 NHS waiting lists in England could reach 14m people next autumn and continue to rise because of the backlog from the Covid-19 pandemic, a report has suggested.

The latest NHS figures from May showed 5.3m patients were waiting for treatment – but an Institute for Fiscal Studies report published on Sunday noted there were 7.4m additional ‘missing’ patients who did not join waiting lists during the Covid crisis.

It is not known how many of these ‘missing’ patients will return to medical services for treatment but if 80% sought did so in the next year, 14m would be on the waiting list in autumn 2022, the IFS found. This also assumes the NHS will run at 90% capacity this year and next.

The report warned: ‘Failure to return to at least pre-pandemic capacity could see waiting lists on an ever-rising trajectory as demand continues to outpace supply.’

In another IFS scenario, just 65% of ‘missing’ patients return for treatment and the NHS operates at 95% capacity until 2025. Here, waiting lists would rise to 11m within a year and continue to climb to over 15m by the end of 2025, the IFS found.

Even in the most optimistic projection, waiting lists would rise to over 9m next year and only return to pre-pandemic levels in 2025. This would also require the NHS to boost capacity to higher than pre-pandemic levels – by 5% in 2021 and 2022 compared with 2019 and by 10% in 2023 and onward.

The report concluded: ‘A lower rate of societal infection and the continued success of the vaccination programme would mean fewer patients requiring treatment for Covid-19 in hospital and might eventually allow for a relaxation or adjustment of infection control measures.

‘Perhaps the best thing that the government could do for waiting lists, then, is to ensure the virus is kept under control,’ it added.

Current waiting lists of 5.3m are the highest since the current definition was introduced in 2007, and more than twice the lowest figure of 2.3m in January 2009, the IFS added.

The biggest change since the pandemic is numbers waiting longer than a year for care. In February 2020, only around 1,600 people had been on the list for a year or longer. By May 2021, this had increased to almost 340,000.

Nursing in Practice took an in-depth look last summer at the backlog facing the health service because of the Covid-19 pandemic.