Nurses encouraged to showcase their skills on social media this month 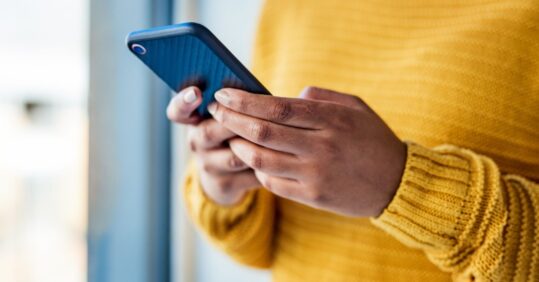 A campaign launched today is aiming to showcase the skills, knowledge and professionalism of nurses and midwives on social media, as research reveals just 53% of people know that some nurses can prescribe drugs.

The Here for Life campaign is encouraging nurses and midwives to share images that sum up who they are and what they do on social media using the hashtag #HereForLife, to shine a light on the diverse roles and responsibilities of nursing and midwifery staff.

The public will also be encouraged to take part, by posting photos and stories about the moment that the skills of a nurse or midwife made a significant difference to their own care or that of their loved ones.

Here for Life, a collaboration between the Chief Nursing Officers (CNOs) of the UK and Ireland, and independent charity the RCN Foundation, has been launched today to coincide with International Nurses Day. The aim is for #HereforLife to hit 830,000 posts this month, one for each nurse and midwife working in the UK and Ireland.

The campaign was announced alongside survey of 2,000 adults from across the UK found that nursing was considered one of the top three most important professions in the UK, alongside doctors and fire fighters. Nine in ten (89%) said they admired nurses and 31% of people would consider becoming one.

However, only 15% of people associated nurses with making decisions about diagnosis and treatment, and just 5% knew they were involved in researching new treatments and therapies. Over a third (37%) were unaware that nurses lead other teams of professionals.

Professor Jane Cummings, chair of the RCN Foundation, said it was ‘extremely heartening’ to see the amount of respect and admiration the UK public had for its nurses and midwives, while the campaign was ‘empowering nurses and midwives to tell their own stories and feel pride in the huge contribution they make’.

Here for Life is also part of Enabling Professionalism 2022, a resource that will help nurses and midwives confidently articulate who they are, what they do and what nursing and midwifery ‘is’ in 2022.

Professor Charlotte McArdle, deputy chief nursing officer for England and a lead for the Enabling Professionalism project, added: ‘It is fantastic that so many people would consider a career as a nurse or midwife – this important campaign will help people understand more about who our nurses and midwives are in today’s world, and the expertise they bring to our health and social care services across the UK and Ireland.’

The RCN Foundation is an independent charity which provides grants to those who are facing hardship or want to enhance their skills; funds nursing-led projects; and highlights the contribution that nursing and midwifery makes to the nation’s health.

This comes as a YouGov poll, also released today for Nurses Day, found the public believes nurses make the biggest contribution to society, although seven in 10 are concerned there are too few nurses to provide safe care.