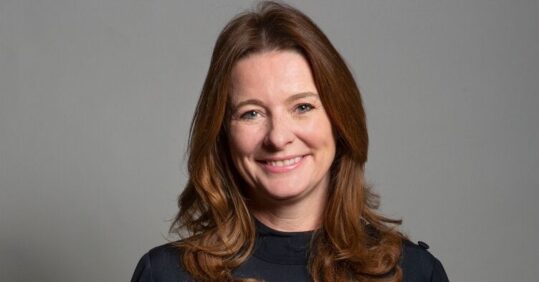 Gillian Keegan, the education secretary, is facing criticism following her claim that nurses usually use food banks after the breakdown of a boiler or a relationship.

Ms Keegan’s comments, which were made during an interview on Sky News this afternoon, immediately attracted criticism from GMB Union which said they showed a ‘staggering lack of empathy’.

Ms Keegan stated that ‘of course’ she clapped for nurses during the pandemic, adding that ‘everyone did’

However, when asked whether she was ‘now comfortable that they [nurses] were using foodbanks in order to survive’, Ms Keegan said that people ‘quite often’ use foodbanks because ‘something will have broken down; either a boiler or a relationship’.

This comes as the RCN announced that the majority of NHS employers across the UK have voted for industrial action, following the Government’s below-inflation pay offer of an average of 4% made in July.

Every employer in Scotland and Northern Ireland meeting the legal threshold for industrial action.

Although many of the biggest trusts in England – including those with community services – will see strike action by RCN members, others narrowly missed the legal turnout thresholds to qualify for action. This is the first time in the RCN’s 106-year history that industrial action has been taken across the UK.

A survey of NHS trust leaders, conducted by NHS Providers between August and September 2022, revealed that the cost-of-living crisis is having a ‘severe’ impact on the mental and physical health of healthcare staff, as well as the trust’s ability to provide care.

Rachel Harrison, the national secretary of GMB Union, which is balloting 20,000 NHS staff across the UK on industrial action, said: ‘Nurses and other NHS workers have been forced to use food banks because they are desperate after more than a decade of real terms pay cuts under the Conservatives. To suggest they do it because of a relationship bust up displays a staggering lack of empathy.

‘Does Ms Keegan think we have 135,000 vacancies in the NHS because of break ups? Or is it the systematic underpayment of health professionals. The minister needs to accept the damage her Government has done to the NHS and help fix it, rather than indulging in damaging rhetoric.’