One in ten parents not received any mandated health visiting checks, poll finds 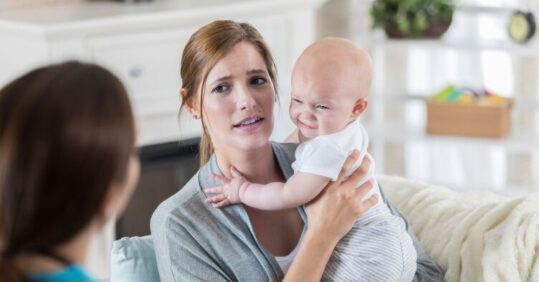 Over one in ten parents in England have not received any mandated health visiting checks, a report has found, which leaves them at ‘significant risk’ of not receiving a wide range of support.

Polling of 3,654 adults conducted by YouGov for the report, which was published yesterday by UNICEF UK and the Insitute for Health Visiting (iHV), revealed 13% of parents in England hadn’t received any of the five mandated health visiting contacts, rising to 19% in London.

The organisations said their report on the health of baby and toddlers in England presents ‘stark findings’ on the current state of early years care and, in response, have called on the Government to introduce a ‘baby and toddler guarantee’.

The YouGov polling also found that 32% of parents are struggling to access professional childhood support services – including health visiting, maternity, early years education and care, and parent-infant relationships – for themselves and their child.

The report also noted that the Government data showing that 458,454 health visitor checks were missed in 2021-22, although there was significant variation in the proportion missed.

The East of England had the highest proportion of missed checks at 31%, followed by London at 25%, while just 8% of checks were missed in the North East of England.

Workforce issues were identified as one of the key barriers to providing effective early years care.

According to the report, 25% of health visitors have a caseload of over 750 children, three times higher than the iHV’s recommended maximum of 250.

Additionally, most health visitors in England are aged over 50, with one in four saying that they have experienced low mood because of the stress of the job.

The data ‘paints an unsustainable picture of one of our most vital and effective early years support services,’ the report said.

It also highlighted the impact that a lack of proper services had on parents, as over half say that they have experienced mental health issues.

Over three quarters of those struggling to access support for their children feel frustrated, with more than 40% feeling angry or anxious and over a third feeling abandoned.

UNICEF UK’s chief executive Jon Sparkes said: ‘We know that services are stretched, and parents and carers are doing their best with the resources they have.

‘But the fact is that, for many babies, toddlers and their families, essential support services are in limited supply.’

In August, NHS data revealed the overall number of nurses in general practice and other healthcare settings in England has increased by 10,213 – but numbers have fallen in other roles such as mental health community nurses and health visitors.