Practice nurses to get 4.5% pay uplift as new contract agreed 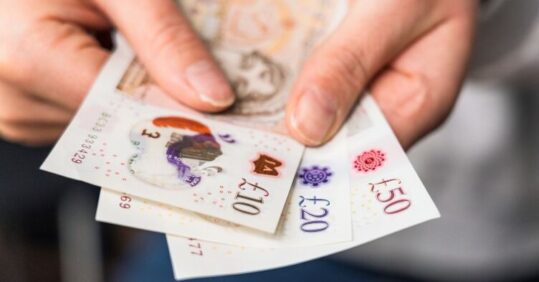 Practice nurses and other practice staff in Wales will receive a 4.5% pay uplift, the Welsh Government has announced.

The pay deal for this year is for all staff working in general practice and follows recommendations from the Doctors and Dentist Review Body.

An agreement has also been reached on a new ‘streamlined and simplified’ GP contract which will start in April 2023 and deliver the ‘most significant reform’ since 2004, health minister Eluned Morgan announced.

It includes plans to reduce the administrative burden for GPs, the Welsh Government said, to free them up to provide high-quality care under the new contract arrangements.

And access standards that practices have been working towards since 2019, which include having appropriate telephone systems in place and digital access, will become mandatory.

Details of the ‘unified contract’ – which has been negotiated by the BMA, Government and NHS Wales – will be consulted on in spring 2023 with implementation planned for autumn.

A commitment has also been made by all parties to pursue further changes and improvements in a number of areas including the sustainability of the workforce.

Ms Morgan said she would set out more detail on how the contract would work in April.

‘GPs and their staff have worked tirelessly in the face of ongoing pressure, to meet the needs of their patients. They have remained agile and responsive in these challenging times, and this agreement and investment acknowledges that commitment to delivering services to patients,’ she said.

‘We recognise that more still needs to be done to improve access to GP surgeries and this new contract will go some way in addressing that.

‘As we move forward, a new simplified and streamlined contract will not only remove unnecessary bureaucracy for GPs and their teams but will also reinforce the standards by which we expect GP practices to operate – with patient access an integral part of those standards.’

BMA Wales explained to Nursing in Practice sister publication Pulse that restructured contractual payment mechanisms will move most elements of the Quality Assurance and Improvement Framework (QAIF) into the core contract, including remaining clinical indicators, CGSAT/IG toolkit, and the Cluster Domain.

The funding will be following into practice global sum, the BMA further confirmed. Some elements will remain as incentivised, namely the Quality Improvement domain and Access Phase 2, for the forthcoming year.

Dr Gareth Oelmann, chair of GPC Wales, said: ‘This contractual agreement is firmly rooted in providing patients with access to services based on clinical need, with an increased emphasis on preventative health measures.

‘We have fought hard to ensure the best deal possible for GP practices in Wales in the current climate.

‘The restructured contractual payment mechanisms, whilst providing simplification and decreased box ticking bureaucracy, will create security of income streams for practices, at a time when the viability of many has been brought into question.

He added: ‘We are additionally pleased that as a consequence of this deal, our hard-working practice staff are able to receive a pay uplift.’

Across England and Wales, the Government has a pay rise of at least £1,400 for staff on Agenda for Change contracts, although this does not include nurses working in general practice.

A version of this story was originally published on Nursing in Practice sister publication Pulse.