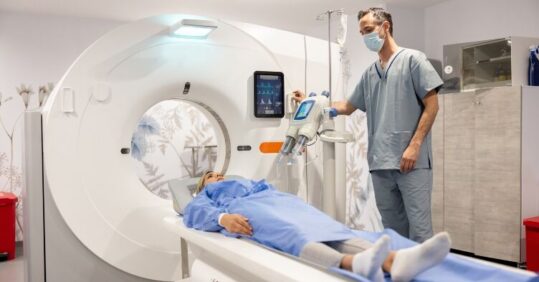 General practice teams in England will be able to directly order fast-track cancer diagnostic tests for their patients starting from this month, NHS England has announced.

The tests will be available for ‘patients with concerning symptoms’ who ‘fall outside the NICE guideline threshold for an urgent suspected cancer referral’.

Under the national rollout of ‘fast-track testing’, all GP teams across England will be able to ‘directly order CT scans, ultrasounds or brain MRIs’ for this group of patients.

When asked if this would include practice nurses and advanced nurse practitioners, NHS England said: ‘Primary care clinicians who are involved in the triage and assessment of patients who fulfil the criteria can be enabled to refer under GP direct access with the appropriate training, governance and clinical decision support tools in place.’

It added that the scheme aims to cut waiting times and speed up cancer diagnosis or all-clear for patients and could mean that ‘tens of thousands of cancers could be detected sooner each year’.

‘Hundreds of thousands’ of initial hospital appointments could also be freed up by reducing the need for a specialist consultation first, it said: ‘

Around 67,000 people with vague symptoms who would usually be diagnosed through non-urgent testing will now be eligible for the fast-track scheme, while GPs will continue to follow NICE guidelines for referring patients to urgent cancer pathways, it added.

NHS England today said: ‘From this month, every GP team will be able to directly order CT scans, ultrasounds or brain MRIs for patients with concerning symptoms, but who fall outside the NICE guideline threshold for an urgent suspected cancer referral.

‘Around one in five cancer cases are detected after routine testing following referral to a hospital specialist, meaning some people can wait much longer for a diagnosis.’

It added that the new scheme ‘will allow GPs to order these checks directly, helping to cut down wait times to as little as four weeks’.

NHS England said that the first phase of the scheme will tackle urgent cancer referral pathways while phase two will be built up in 2023/24 to ‘include a wider range of tests which will involve dialogues with GPs, integrated care boards and key stakeholders’.

The scans and checks will be delivered by existing hospital cancer diagnostic services and ‘one-stop shop’ Community Diagnostic Centres and NHS England will ‘support primary care teams to boost the number of GP direct access tests available’ over time, it added.

Speaking at the NHS Providers annual conference in Liverpool today, NHS chief executive Amanda Pritchard is expected to say: ‘GPs are already referring record numbers of patients for urgent cancer referrals, so much so that the shortfall in people coming forward for cancer checks caused by the pandemic has now been eradicated.

‘This new initiative builds on that progress, supporting GPs to provide more opportunities for testing across the country for people who have vague symptoms.’

Royal College of Radiologists president Dr Katharine Halliday added that while the expansion of direct access to diagnostic scans across all GP practices is ‘welcome’, GPs ‘aren’t radiologists’.

She said: ‘As scans become ever more complex, it’s essential that GPs are able to book the right scan, avoiding costly repeat scanning and devastating delays in treatment.’

NHS England committed to diagnosing three-quarters of cancers at stages one or two by 2028 as part of the Long-term Plan.

According to an analysis of the latest NHS data, the NHS is ‘diagnosing more patients with cancer at an earlier stage than ever before’.

It showed that last year, more than 100,000 patients were diagnosed with cancer at stages one or two when it is easier to treat – the highest proportion on record.

It comes as hospitals were ordered to reduce the number of patients waiting too long for cancer diagnostic investigations in July amid GP referral rates one-fifth higher than before the pandemic.

And in June, NHS England announced a pilot scheme for community pharmacies in England to be asked to spot early signs of cancer and refer patients directly for scans.

Leading MPs warned in April that a lack of support for GP practices is ‘inhibiting’ the early diagnosis of cancer and recommended that the threshold for investigations should be lowered.