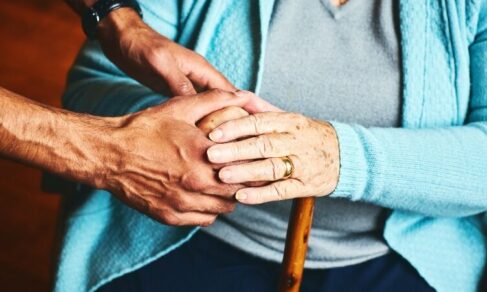 Just over half of the UK public believe the quality of NHS and social care services has fallen over the last year and many expect things to get worse, a survey has shown.

Polling to gauge public perception of the health services, conducted by Ipsos on behalf of the Health Foundation, has found that 56% of people think that the quality of social care in the UK has declined in the last 12 months, while 55% think the same of the NHS.

However, despite high levels of dissatisfaction with NHS and social care services, the survey also found the public remains steadfastly committed to the underlying principles of the NHS and want to see more investment. Of the 2,068 people who responded, 77% said the NHS was ‘crucial to British society and we must do everything to maintain it’.

Furthermore, while overall optimism in the health services remained low, confidence in services to improve in the next year was slightly greater than in October 2021, with 22% thinking that services would get better as opposed to 18%.

Hugh Alderwick, director of policy at the Health Foundation, said: ‘The new Prime Minister inherits a health system under unbearable strain – and very few people think their government has the right policies in place for the NHS or social care.

‘Pressures on the NHS in England are sometimes used to fuel a narrative that the health system needs fundamental ‘reform’. But the public have strong support for the basic principles of the NHS and think we must do everything we can to maintain it. They want a health service with enough staff to deliver the care they need, not a fundamentally different kind of health system. And they back additional investment to make that happen.’

This comes as NHS leaders warn the new Prime Minister Liz Truss that urgent action must be taken on social care and the NHS workforce to avoid a winter crisis.

The reports authors also note that while impressions of social care were slightly less pessimistic, this was mainly due the fact that the public were less likely to give an opinion on social care.

However, a quarter of those polled also said that they ‘don’t know’ how good social care services are, and results also suggested that levels of misunderstanding around social care remain high.

While around half of people correctly said that ‘the NHS does not provide the majority of social care services for older people or that these services are generally not free at the point of need’, the research also found that about 40% of people incorrectly believed these services to be free.

Mike Padgham, chair of the independent care group, told Nursing in Practice that ‘care and nursing homes are struggling at the moment, with staffing shortages and the rising cost of living coming on top of Covid-19.

‘We need the social care sector to be properly funded and functioning effectively so that people can be discharged from hospital and cared for in their own home through the amazing network of domiciliary care providers or where needed, in care and nursing homes.’