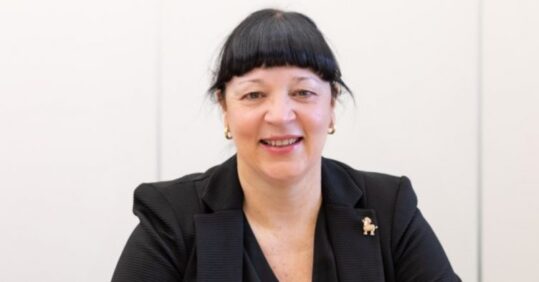 The RCN has announced that specialist nurse Tracey Budding will be its new deputy president.

Ms Budding, who specialises in gynaecology, said taking on the RCN deputy president role was a ‘huge honour’. She will take office in the new year and serve a term of two years.

The appointment comes after the RCN presidential and deputy presidential elections were paused in August, following the controversial disqualification of two candidates.

Ms Budding said: ‘Nursing is facing real challenges right now and as the pandemic grows again and winter approaches, I know there will be further challenges ahead.

‘With a strong campaign for fair pay for nursing I hope we can come together to hold the government to account and achieve the right outcome now and into the future.’

Ms Budding has worked in the NHS for nearly 40 years. She currently works as a specialist nurse in gynaecology at the Birmingham Women’s Hospital, having recently retired from a role in neonatal intensive care.

She has previously been a member of RCN Council, RCN UK Stewards Committee, RCN UK Safety Representatives Committee, and most recently vice chair of the RCN Trade Union Committee.

RCN chair of Council Dave Dawes said Ms Budding ‘brings a deep passion for nursing and the RCN to this role and I know that she will work tirelessly on behalf of members’.

He added: ‘I hope these campaigns may have inspired some members to consider putting themselves forward for local, regional and national election.’

A decision to resume the presidential election will be made pending the outcome of an extraordinary general meeting on 27 November.

The appointment comes as Health Education England (HEE) announced four regional heads of nursing and midwifery, of which three were from a black, Asian and minority ethnic (BAME) background, on Friday.

The heads of regional nursing and midwifery teams are: Carol Love-Mecrow in the Midlands; Christian Brailsford in the South West; Professor Laura Serrant in the North East and Yorkshire; and Nichole McIntosh in London.