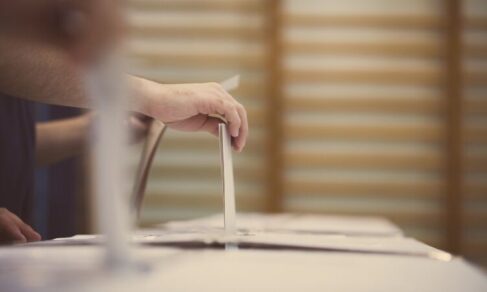 The candidates for the next RCN presidential election have been revealed, RCN members will get a chance to vote for the next president between October 24th and 28th.

The RCN confirmed that the date of the election had been postponed as not to coincide with the industrial action ballot between September 15th and October 13th, in that ballot members on Agenda for Change contracts are now being encouraged to support industrial action.

The candidates standing are, Professor Julie Green, Tristian Griffin, Sheila Sobrany, and Maria Trewern. Additionally, current RCN Deputy President, Tracey Budding, has been re-elected unopposed to the role and will start her second term of office on 1 January 2023.

Tristian Griffin is currently education advisor for the British Army, and served as an army nursing officer for 16 years. He was also a finalist for the nurse of the year award in 2014.

Also standing is Sheila Sobrany, lecturer in adult nursing at the University of East London. She has long been a champion of racial equality in nursing and is a member of the chief nursing officer’s Black Minority and Ethnic strategic advisory group. She is also the founder and chair of HAREDIN, the Healthcare Academics Race Equality Diversity Inclusivity Networks.

Maria Trewern served as leader of the RCN council in 2018 and once door-stopped Frank Dobson when he was secretary for health, demanding more funding for school nurses. Between 2020 and 2022 she was the head of service (clinical leads) for the Government’s track and trace service.

The winner of the election will take over from Dr Denise Chaffer in 2023. Dr Chaffer was appointed as president in June 2021  following the controversial 2020 presidential election in which two candidates were disqualified.

Chair of RCN Council, Carol Popplestone, said: ‘Nursing has been in people’s minds like never before and now is a hugely important time for all of those in it.

‘The President is an ambassador not just for the RCN, but for the whole nursing profession both in the UK and around the world. I would urge you to have your say on who you’d like to see represent you when voting opens on 24 October.’

Current RCN Deputy President, Tracey Budding, will now remain in post until December 2024 following her re-election. She said: ‘During my time so far as RCN Deputy President, I’ve been actively involved in key RCN campaigns and strategies that have led to fundamental changes to how we engage, represent and support our members.

‘I feel privileged to continue in this role and will dedicate myself to speaking up for nursing, working with colleagues and members to ensure that all nursing staff are valued, respected and paid at a level which recognises their dedication and professionalism.’

The successful candidates will be announced on 29 November and will hold office for two years from 1 January 2023.