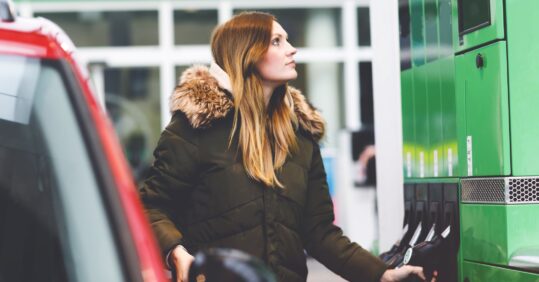 The 5p per litre cut in fuel duty announced by the Chancellor Rishi Sunak is ‘not enough’ to stop nurses having to contribute to the running costs of their car at work, the RCN has said.

Mr Sunak announced the reduction in fuel duty tax in his spring statement today amid rising fuel prices, with figures from data firm Experian Catalist show the average cost of a litre of petrol at UK forecourts on Tuesday was 167.3p, while diesel was 179.7p.

But Pat Cullen, RCN chief executive, said nurses feel ‘incredibly short-changed’ by the statement with some ‘having to choose between filling up their cars and feeding their children’ during the ‘cost-of-living crisis’, repeating calls for an ‘urgent’ early review of mileage allowance rates.

The reduction will come into effect at 6pm on Wednesday and will last until March 2023. However, the insurance company RAC warned the measure will only be reflected in pump prices once retailers purchase new fuel at the lower rate, as duty is charged on wholesale purchases.

Nicholas Lyes, RAC head of policy added: ‘In reality, reducing it by 5p will only take prices back to where they were just over a week ago. With the cut taking effect at 6pm tonight drivers will only notice the difference at the pumps once retailers have bought new fuel in at the lower rate.’

This comes after a joint RCN and QNI survey last week found nearly 90% of community and district nurses have to contribute to the running costs of their car for work. Mileage allowances rates were set in 2014 and have not moved since, although they are reviewed every April and November.

Ms Cullen continued: ‘Today’s fuel measures are not enough to stop nursing staff subsidising the NHS when they fill up their car. When community nursing staff drive great distances to see their patients, giving vital care, this is not enough action – they need immediate additional payments and an urgent review of the rates.’

Also responding to the announcement, NHS Providers chief executive Saffron Cordery said: ‘Increasing fuel prices have had a real impact on key NHS staff, including community health teams. These staff travel thousands of miles every year to see patients in their own homes, often covering long distances in rural areas.

‘While the 5p cut per litre is welcome, we are keen to see that they are better reimbursed for the petrol they buy through both mileage rate reimbursements and business tax relief.’

What are the current mileage payments?

Mileage allowance rates are available to nurses on Agenda for Change (AfC) contracts or those with AfC mileage built into their contracts. Currently, it is set at 56p per mile for the first 3,500 miles and then 20p for each additional mile, although this rate varies between Trusts.

These payments are not calculated on a pro-rata basis, meaning those working full-time are more likely to exceed the 3,500-mile threshold after which payments decrease. The rates are also not adapted to suit the additional distances faced by rural or out-of-hours teams.

Nurses are also required to pay business insurance to cover travel for work.