RCN urges PM ‘to be accurate’ over nursing pay 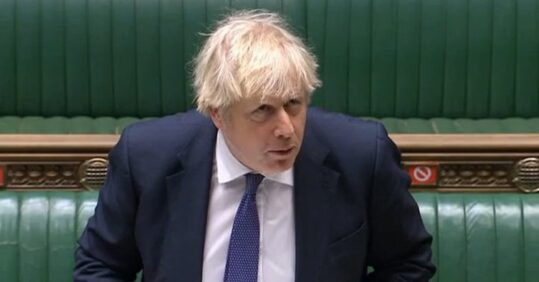 The RCN has urged Prime Minister Boris Johnson ‘to be accurate’ discussing nursing pay, following his claim that nurses received a 12.8% pay rise.

RCN chief executive Dame Donna Kinnair has told Mr Johnson that the ‘demoralising’ statement is not one that ‘nursing staff will recognise’.

Mr Johnson had made the claim while responding to a question on public sector pay from Labour leader Sir Keir Starmer in the House of Commons on Wednesday.

The Prime Minister said: ‘There’s been above-inflation pay increases for public sector workers, nurses in particular have had a 12.8% increase over the last few years.’

But in a letter sent to the Prime Minister later the day, Dame Donna argued that ‘nursing staff are worse off now than they were in 2010, following years of freezes and awards that were capped below the level of inflation’.

Mr Johnson was referring to the three-year Agenda For Change pay deal agreed in 2018.

But the RCN has said nurses are still worse off than in 2010 following years of lower pay rises under David Cameron’s government.

The college has calculated that the most experienced nursing staff, who make up nearly half the profession, saw the value of their salaries fall in real terms over the decade.

The RCN’s ‘Fair Pay for Nursing’ campaign is asking for a 12.5% pay increase for nursing staff on Agenda for Change contracts, as part of a one-year deal that applies equally to all bands.

In the House of Commons this morning, in response to the Leader of the Opposition, you told Members of Parliament that ‘there has been above inflation pay rises for public sector workers, and nurses in particular have had a 12.8% pay rise in the last few years’.

I am writing to inform you that this is not a statement which nursing staff will recognise. Nursing staff are worse off now than they were in 2010, following years of freezes and awards that were capped below the level of inflation. On their behalf, I urge you and fellow ministers to be accurate when discussing their pay. To our members working a brutal shift today this kind of message from you is demoralising. As committed professionals, we are facing the new variant and rising levels of pressure with determination but are fast approaching burn-out.

You have a historic opportunity to show you truly value our work, skill and dedication. Our members want proper recognition and fair pay – not more clapping. As the leader of our professional body and trade union representing 450,000 nursing staff across the United Kingdom, I would appreciate the opportunity to put our case to you directly, at your earliest convenience.