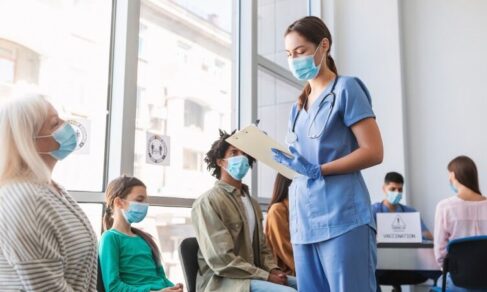 The total number of people awaiting routine hospital treatment hit a record high at the end of July, with 6.8 million people on waiting lists.

The newly released NHS data showed backlogs have continued to climb ahead of a challenging winter, shortly after newly appointed health and social care secretary Therese Coffey declared that busting backlogs would form a core part of her ABCD of top priorities: ambulances, backlogs, care, doctors and dentists.

The figures look at referral to treatment (RTT) waiting times for consultant-led elective care. Of the 6.8 million on waiting lists list, 2,665,004 had been waiting more than the 18-week maximum standard wait time.

The NHS said that 61% of patients waiting to start treatment waited up to 18 weeks, far lower than the target of 92% of patients.

When those figures were released in August, it was revealed that almost all of the 2,777 two-year waits were located in the south west of England. These latest figures do not provide any information about the distribution of two-year waits, however they do show that ministers have failed in their commitment earlier this year for no one to wait more than two years for an elective treatment by July 2022.

Nuffield Trust chief executive Nigel Edwards said: ‘These figures clearly show what a monumental challenge faces the new Prime Minister and health secretary in delivering on the NHS. The total waiting list now exceeds 6.8 million, and in August over 130,000 patients were left waiting over four hours for a hospital bed. These waits are now worse than they were in previous winters. The new Prime Minister inherits an NHS in critical condition.

‘This crisis has been years in the making. As our analysis published on Monday shows, the pandemic simply served to ramp up pressure on an already beleaguered health service, with staff shortages, a failure to tackle social care and inadequate investment putting the NHS on the back foot when Covid hit. Even without the pandemic we would have seen over 5 million people waiting for routine care.’

Jonathon Holmes, workforce expert at the King’s Fund, said the Covid-19 pandemic had ‘levelled up’ the pressures on the NHS.

‘Over Covid, a whole range of issues that we described as systemic before became exacerbated,’ he said, adding that this has led to many more professionals leaving the service just as demand is rising leading to a larger NHS backlog.

‘Before, we looked at the NHS like a bucket that was getting bigger’, he added, in that services remained stable as investment increased, with demand not outstripping resources – but now he says the NHS is ‘a bucket that’s getting bigger and there are holes in it’.

The data further revealed the amount of completed ‘RTT pathways’ per day – which refers to people receiving care they had been referred for that day – was 9% lower in the 12 months leading up to July 2022 than in the 12 months prior to February 2020.

Health and social care secretary and Deputy Prime Minister Therese Coffey said: ‘Clearly this level of performance is unacceptable, which is why I have set out our priorities will be ABCD: ambulances, backlogs, care and doctors and dentists.

‘We know some of the backlog challenges will increase as people continue to present themselves for treatment. We are investing £39 billion to tackle these challenges, ensure the NHS is fully prepared for winter and fix the broken social care system.’