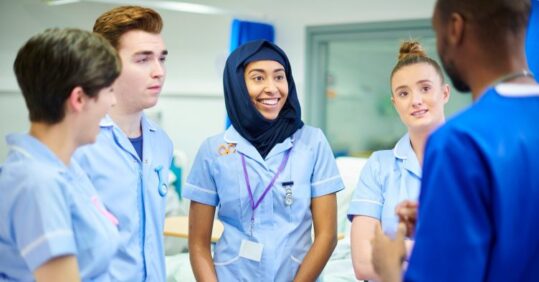 The RCN has warned that ‘more Government action’ is needed to retain the existing workforce, despite a 23% rise in student nurse acceptance rates this year.

Universities and Colleges Admissions Service (UCAS) data, released yesterday, showed 34,190 student nurses were accepted onto a programme this year, a rise of 23% compared to 2019.

But RCN director for England Mike Adams cautioned that ‘any increase in acceptances’ must be seen in the ‘context’ of around 40,000 nursing vacancies currently in the NHS in England alone.

He also said the increase had been ‘much slower’ since the bursary – which covered tuition fees and helped with living costs in England – was scrapped in 2017.

In addition, NHS workforce statistics, released on the same day, showed that the number of nurses in England in June had increased by 14,199 since the same time last year.

However, these figures included former health professionals who had returned to practice to help during the pandemic, who may not rejoin the profession permanently.

Health and social care secretary Matt Hancock said: ‘It is fantastic to see over 14,100 more nurses and over 9,200 more doctors working in the NHS, putting it in the best possible position to continue tackling this global health emergency.

‘With the latest UCAS figures out today showing a record 23% rise in people accepting places on nursing courses in England, we are also well on our way to delivering 50,000 more nurses by the end of this Parliament.’

Earlier this week, the Public Accounts Committee warned that nursing could be heading for a ‘crisis’ with a Government that does not understand its workforce.