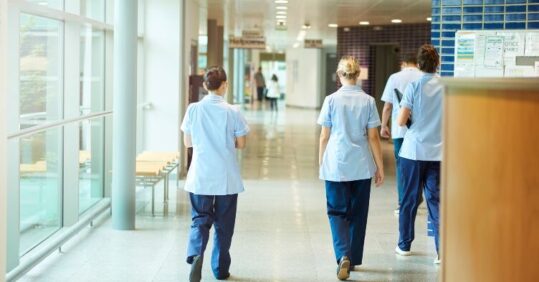 The NMC register has become more ethnically diverse, and has seen a rise in the number of international professionals, in the last six months.

The data, released today, revealed that the number of nurses and midwives has hit record levels with an increase of 13,144 between April and September this year.

However, the figures also revealed a fall in the number of registrants with specialist practitioner qualifications, with 29,862 on the register in April to falling to 29,649 in September (-0.7%).

Out of the 23,598 new joiners to the register this year, almost half were trained abroad with most overseas recruits being educated in India, the Philippines, and Nigeria.

The total number of overseas joiners to the NMC register was 4.9% higher than between Apirl and September last year, and four times higher than during the same time period in 2018.

Of these UK joiners, 23.6% are from black, Asian and minority ethnic backgrounds, compared to 18.9% in the six months to September 2018, a good representation of the pre-Covid workforce.

With more international professionals joining the NMC register, and with UK joiners becoming more ethnically diverse, the ethnic profile of the NMC register is changing.

The overall proportion of registered nurses, midwives and nursing associates from black, Asian and minority ethnic backgrounds now stands at 26% – that’s 1.3% higher than in April this year, and 7% higher than in 2018.

Responding to the findings, Andrea Sutcliffe, NMC chief executive, called on NHS employers ‘to deliver tailored programmes to introduce new nurses, midwives and nursing associates into their teams, and help them grow in confidence’.

Ms Sutcliffe also emphasised the importance of all employers following the Department of Health and Social Care’s code of practice on ethical recruitment.

While active recruitment is not permitted from countries on the ‘red list’, both Nigeria and Ghana, which are on the red list, were some of the largest contributors to the NMC register. Both rank in the top ten most common countries for international recruits.

The RCN raised concerns that this higher rate of international recruitment shows that the Government has failed to prioritise the domestic training of healthcare professionals.

RCN chief executive Pat Cullen said: ‘The government is raiding the rest of the world to cover up for huge losses at home and these figures leave ministers with serious ethical questions to answer.

‘Internationally trained colleagues are hugely valued and experienced. But in the context of a global nursing workforce crisis the Government has got its policy completely back to front.’

While Dr Crystal Oldman, chief executive of the QNI, said that these results were ‘disappointing’ she added: ‘I anticipate a rise in the SPQ in the coming years, starting with new programmes in 2023/24, some of which will be delivered in England through the SPQ Apprenticeship.’