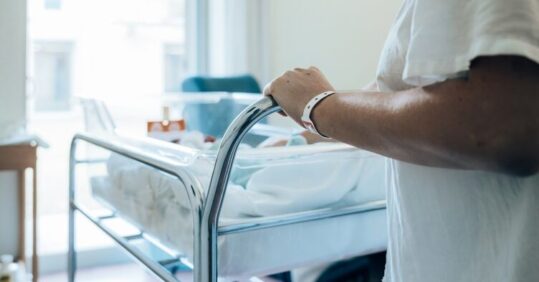 Members of the Royal College of Midwives (RCM) will be consulted on whether to accept the latest pay offer from the Scottish Government, putting any plans for industrial action on hold.

The RCM, who represent most midwives and maternity support workers in Scotland, said that the union will be consulting its members on the new proposal next week, claiming that this represented a ‘major improvement’ on previous offers.

The RCM now joins Unison as the second union to consult members again following an improved pay deal from the Scottish Government. RCN Scotland and GMB Union, who were also involved in negotiations with the Government, are yet to comment on this development.

This comes as Scottish health secretary Humza Yousaf unveiled his ‘best and final’ offer, which would see Agenda for Change workers in Scotland receive pay rises ranging from £2,205 to £2,751, an average uplift of 7.5%, and up to an 11% increase for the lowest paid.

The previous offer, which the RCM had called ‘an insult’, gave NHS staff a flat increase of £2,205 no matter their band or experience level.

Jaki Lambert, RCM director for Scotland, said: ‘The combined power of our members’ voices has driven the Scottish Government to rethink and come back with a better and more rounded offer. It is right that now our members consider the offer and that they decide whether or not to accept it.’

While Ms Lambert said that the offer ‘did not give us everything we asked for’, she added that it was a ‘positive step’ and that the Government had ‘listened’ to the voice of midwives.

In addition to a record pay increase, backdated until April, the deal also included a commitment to a review into reducing the working week to 36 hours, a commitment to review the job descriptions of Band 5 roles and ensuring protected learning time for specific groups, although it did not specify in what timeframe these commitments would take place.

Health Secretary Humza Yousaf said: ‘We have engaged tirelessly with trade union representatives over recent weeks, leaving no stone unturned to reach an offer which responds to the key concerns of staff across the service. This best and final pay offer of over half a billion pounds underlines our commitment to supporting our fantastic NHS staff.

‘Finally, I would urge the UK Government to get back to the negotiating table with the unions. This settlement has been shaped by the unions’ constructive approach and I hope it is backed by their members.’