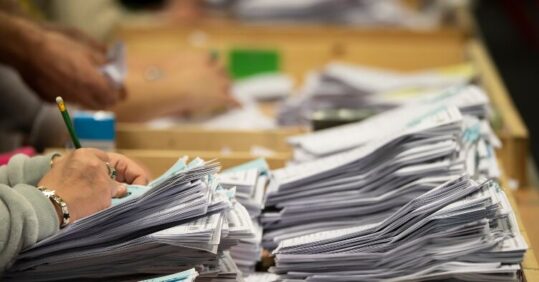 Unison, Scotland’s largest health union, has suspended its planned NHS strike ballot for health workers in Scotland and is consulting on a revised pay offer.

Following the new offer, made by Scottish health secretary Yousaf Humza, which would give every member of staff a flat-rate pay rise £2,205, Unison has said that ‘it is right’ for members to consider whether to accept the raise.

RCM director for Scotland, Jaki Lambert, said that the current pay offer was ‘very, very disappointing news for midwives across the country’.

While Unison had been urging members to vote in favour of the NHS strike in this, now cancelled ballot, the union, which represents 50,000 health workers, previously said that they had ‘agreed to think it through’ the offer.

Wilma Brown, chair of the health committee said: ‘After our meeting this afternoon Unison has agreed to suspend its NHS strike ballot so we can consult NHS members over the Scottish government £2205 pay offer to all NHS staff.

‘This is a final pay offer from the Scottish government, it is also significantly different from the previous offers, so we think it is right that NHS members decide whether they are willing to accept it. Unison is a member led union, so members will decide. NHS staff are working through two crises: an NHS crisis and a cost-of-living crisis.

‘This offer will go some way to helping them with the latter but we have a huge amount of work to do to get our NHS to be world class again, irrespective of the outcome of this consultation the Scottish government need to see this as the beginning of a journey back to full health for the NHS.’

Health secretary Humza Yousaf responded: ‘I welcome Unison’s health committee’s decision on our record pay offer. Of course, members need to have their say on this, and we are keen to ensure that staff see the benefit of their pay rise as soon as possible.

‘These are uncertain times, and it is no secret that public finances are stretched to the limit, so I hope members will seriously consider this offer.

‘This is the biggest pay offer since devolution and the money will go some way to help with the cost of living crisis this winter. For the lowest paid, this is an 11 percent above-inflation pay rise, and it will ensure our nurses and other Agenda for Change staff remain the best paid in the UK.’