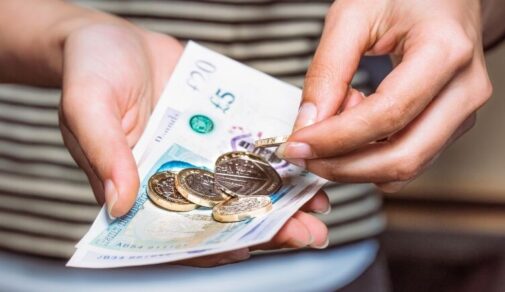 Scotland’s health secretary, Humza Yousaf, has said that trade unions can expect a significantly improved pay offer for nurses next time they sit down to talk.

Speaking on BBC Scotland’s Good Morning Scotland yesterday, Mr Yousaf told listeners that ‘we will be recommencing negotiations with the Agenda for Change trade unions including those that represent the nursing staff’.

RCM members in Scotland, as well as those in England, Wales and Northern Ireland, will be balloted from today on whether to take industrial action over pay.

Nurses and NHS staff on Agenda for Change contracts were offered a 5% average pay rise, which 90% of members voted to reject in an indicative ballot in August.

The RCN has been calling for a pay rise of 5% above inflation, currently standing at 9.9%, but no Government has yet made an offer approaching that figure.

However, Mr Yousaf said: ‘I will be doing everything in my power to prevent industrial action from taking place which includes, in our next meeting with trade unions, coming forward with a significantly improved pay offer for them.’

In a statement given to Nursing in Practice, Mr Yousaf said: ‘Any ballot for industrial action is disappointing. We are engaged with health unions and I hope we can come to an agreement on pay in the near future. This work continues in the context of our Emergency Budget Review following the UK Government’s fiscal event.’

While Mr Yousaf said on Good Morning Scotland that any pay offer would have to be ‘within the financial envelope, that I don’t have to take money away from cancer services or mental health services’, he also conceded that it was fair for unions to draw comparisons with the pay rise of up to 10% offered to some Scottish council workers.

Unison, meanwhile, say that they have received no information about the pay offer, although talks are due next week.

Unison Scotland’s head of health Matt McLaughlin told Nursing in Practice that ‘there is an absolute strength of feeling amongst unison members in NHS Scotland and it would be a foolish Government that does not treat them with the respect they deserve’,

In a statement to the press Mr McLaughlin said: ‘Unison members will welcome the commitment to meet and discuss the claim we submitted more than six months ago. They will also be keen to see if the Minister’s interpretation of ‘significant’ is the same as theirs.

‘However, I am sure that they will be furious that the Minister thinks they can be emotionally blackmailed with a threat to cuts in cancer services and mental health provision. For the Scottish Government to suggest that a pay offer might be contingent on cost to life saving services is a very low blow.’