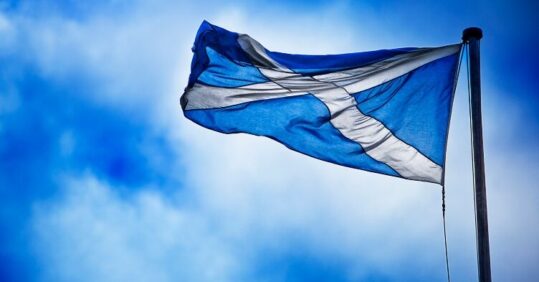 RCN Scotland will, early in the new year, announce strike action dates after members voted overwhelmingly to reject the final pay offer from the Scottish Government.

RCN Scotland postponed strike action in order to consult its members on a renewed pay offer from the Scottish Government, and so Scottish nurses did not join their English, Welsh, and Northern Irish counterparts in industrial action on 15 and 20 December.

Now, RCN members across Scotland are preparing to join the picket lines in the new year after 81% of members voted to reject the Government’s ‘best and final offer’.

Julie Lamberth, RCN Scotland board chair, said: ‘It was the right thing to ask our members whether to accept or reject this offer. It directly affects their lives and each eligible member needed to be given the chance to have their say. And the result could not be clearer.’

The now-rejected offer would have been equivalent to an average 7.5% pay rise, with annual pay for nurses increasing between £2,205 and £2,751. This was an improvement on the flat £2,205 offer made before Scottish nurses had voted to strike.

Every NHS employer in Scotland had previously reached the threshold for industrial action, compared to a lower proportion in England.

RCN Scotland has previously stated that they will consider the mandate from previous industrial action ballots to continue after the rejection of this pay offer, so they can move directly to industrial action.

Health secretary Humza Yousaf said: ‘While I am naturally disappointed the Royal College of Midwives and the Royal College of Nursing have rejected this offer, I respect the voice of their membership. We have engaged tirelessly with trade union representatives over recent weeks and months, leaving no stone unturned to reach a record pay offer which responds to the key concerns of staff across the service. I am committed to meaningful dialogue with our Unions, and I will be meeting with trade unions, including the RCN tomorrow via the Scottish Terms & Conditions Committee as we seek to avoid industrial action.

‘This best and final pay offer of over half a billion pounds underlines our commitment to supporting our fantastic NHS staff. We are making this offer at a time of extraordinary financial challenges to the Scottish Government to get money into the pockets of hard working staff and to avoid industrial action, in what is already going to be an incredibly challenging winter.

‘Constructive engagement is crucial, those Unions who have rejected our pay offer have all said they want to avoid industrial action, we must collectively work toward avoiding strikes taking place this Winter at a time of already significant pressure for our NHS.’