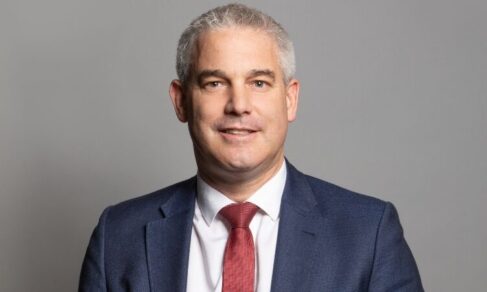 In his first interview since taking on the role in July, Mr Barclay told The Telegraph that he has ordered civil servants to ‘work at pace’ on proposals which will ‘significantly’ increase overseas recruitment in the NHS.

Mr Barclay made this announcement as part of a warning that the NHS could face a ‘triple threat’ of Covid, seasonal flu, and the cost of living crisis this winter. He said the Department of Health and Social Care (DHSC) was in a ‘real sprint’ in order to tackle ‘very serious challenges coming down the track in the autumn’.

The health secretary claimed that recruitment could be expanded if more hiring took place in nations including the Philippines, India, and Sri Lanka, which Mr Barclay claims produce more nurses than they need.

Sri Lanka is currently experiencing its worst socio-economic crisis since it gained independence in 1948. The country’s President has fled and the nation without much money to pay for imports of fuel, food, and medical supplies.

The UN this week launched a $10.7m appeal in order to help fight against the crisis which has ‘severely impacted sexual and reproductive health services, including maternal healthcare and access to contraception’ and left the healthcare system ‘teetering on the edge of collapse’.

Mr Barclay also told The Telegraph that he wants the program to see thousands more healthcare workers arriving in the UK, particularly in the social care sector.

The health secretary also said the social care sector would benefit from hiring foreign workers who have nursing qualifications, but not a high enough standard of English for front line NHS work, into non-nursing roles.

This comes just days after new data suggested that the UK was becoming more reliant on overseas recruitment. The share of the NHS nursing workforce from overseas has increased from 18% in 2015 to 34% last year.

The Government has also recently tightened guidelines on the use of ‘repayment clauses’ in overseas recruitment contracts, which can trap workers in roles for up to four years, threatening them with payments of up to £14,000 if they try to leave. However, the RCN has raised concerns that little can be done to enforce these rules, with increased overseas recruitment leaving staff at the mercy of ‘rogue employers’.

RCN secretary general Pat Cullen said:  ‘Employers must respect and apply these new rules and the UK Government must clarify how it will ensure they are enforced, especially in the independent sector where nurses and support workers frequently face harassment from rogue employers.

‘We call on governments across the UK to invest in expanding the domestic workforce, and to introduce bilateral agreements to ensure all international recruitment is mutually beneficial for countries, professionals and populations. Recruitment must be transparent, dignified and ensure that anyone in employment in the UK is free from exploitation.’

A Department of Health and Social Care spokesperson said: ‘We are committed to building and supporting our hard-working NHS and social care workforces and have launched a taskforce to drive up the recruitment of international staff into critical roles across the system.

‘The taskforce will work with experts across government and the NHS and social care sectors to agree actions that will boost staff numbers ahead of the challenging winter period.

‘Further details will be set out in due course.’