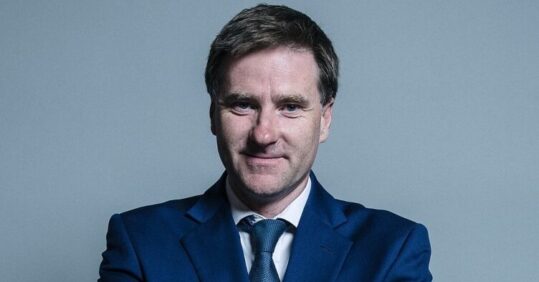 Steve Brine has been elected as the new chair of the House of Commons Health and Social Care Committee, following the departure of Jeremy Hunt who was appointed Chancellor last month.

During his 12 years as an MP, Mr Brine has held several roles within health, including as minister for public health and primary care where he had responsibility for public and preventative health care.

Mr Brine also worked for a period as parliamentary private secretary to Mr Hunt when the latter was secretary of state for health.

No stranger to the NHS

Mr Brine’s appointment has received a warm welcome from health bodies as he steps up to the new role, including from NHS Providers who congratulated Mr Brine on the appointment saying ‘on behalf of our members, we offer our congratulations to Steve Brine MP as he takes on the new role.’

Matthew Taylor, chief executive of the NHS Confederation said: ‘As seen in Mr Brine’s portfolio, he is no stranger to the many issues that the NHS face, as well as the understanding that there needs to be a plan to tackle the issues surrounding the workforce.

‘Winter is looking tough for everyone in the country, especially in the NHS and we hope that Mr Brine will scrutinise government plans efficiently to ensure the best result for our health service, so that staff can be supported to continue giving high quality care to patients.

‘We look forward to engaging with Mr Brine in his new role.’

This new position will give Mr Brine a key role in holding Government health policy to account. Jeremy Hunt, who held the role before him, oversaw the publication of several key pieces of research which showed the depth of the NHS’ many issues.

These included the workforce report, which offered some of the most striking evidence of the retention and recruitment issues in the NHS. It also included the recommendation that ‘the NHS should commit that within 12 months, all regular NHS staff should be able to opt for similar flexibilities to those enjoyed by locum or agency staff’.

Mr Hunt also oversaw the report on the future of general practice, which emphasised the continuity of care, and explored how general practice nurses are faces ‘significant challenges’ and often feel ‘invisible’.

A focus on mental health

In his candidate statement, Steve Brine said that Thérèse Coffey, who was health minister for a brief period under Liz Truss, was right to diagnose her ABCD – ambulances, Covid backlogs, social care and doctors and dentists – of NHS priorities, but said he would add M for mental health too.

Earlier this year Health Education England said that urgent action was needed to save mental health nursing, warning that ‘if changes are not made immediately, there is a high risk this profession will be lost’.

Mr Brine also said that he wanted to help the Government ‘get better value for the vast sums we spend on health’, saying that his own priorities would be prevention, cancer and workforce.

In March, new primary care minister Neil O’Brien said that preventative healthcare was ‘central to levelling up’, and called for ‘imaginative solutions’ for public health.

Mr Brine also described workforce as ‘the Achilles heel’ of the National Health Service, saying that the committee needed to work with the Treasury to ‘finally deliver that independent health workforce assessment’.