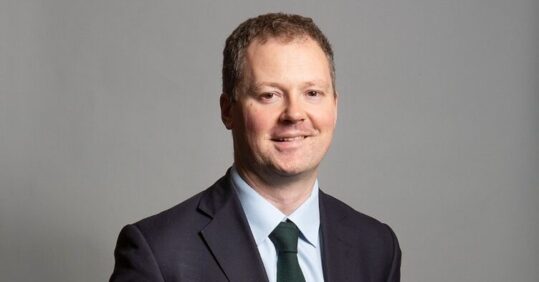 Neil O’Brien MP has been appointed the parliamentary under secretary of state for primary care and public health, with general practice, long Covid, and vaccinations among his briefs.

The previous primary care minister Will Quince, who was appointed to the role in September, remains in the department with a different brief.

Mr O’Brien, who is Conservative MP for Harborough, has been part of the Department of Health and Social Care since September 2022, after a year as parliamentary under secretary of state at the Department for Levelling Up, Housing and Communities.

He has also held roles advising the prime minister and the chancellor on levelling up, the Northern Powerhouse, economy and industrial strategy.

What will O’Brien mean for public health services?

In March, Mr O’Brien said that preventative healthcare was ‘central to levelling up’ and that the Government needed to ‘be very imaginative and aggressive’, ‘think extremely radically’ and ‘really floor it’, adding that ‘otherwise the NHS will just be under humongous pressure for the rest of our lifetimes because of an ageing population’.

Speaking in the same article, Mr O’Brien also revealed that he had been involved in the creation of the white paper on health disparities, which was controversially scrapped under Therese Coffey.

Mr O’Brien said that the white paper would also contain the long-delayed tobacco control plan. He has not indicated whether he will push for the release of this publication now he has taken up the reins on public health.

What will O’Brien mean for nursing workforce?

There are currently record levels of vacancies amongst the nursing workforce, with nearly 47,000 places unfilled in the NHS.

However, Mr O’Brien has previously been highly sceptical of immigration, complaining in an article for Conservative Home in August that ‘Thirty-five per cent of state school pupils in England, aren’t white British, up from about 20 per cent in 2007’.

Mr O’Brien has said that ‘Britain should aim to be the grammar school of the world’ when it comes to immigration, ‘maximising upsides and lowering downsides by admitting a very small number of highly skilled people’.

He said that while ‘migration has many upsides’, including that ‘migrants bring ideas and skills, which are sometimes invaluable, particularly in the NHS’, he thought that ‘the economic benefits of migration are overstated’.

He said that while ‘it’s quite right that we help with humanitarian crises’, ‘and we’ll need migration to fill critical to meet our own skills needs,’ he wanted to reduce migration overall.

What will O’Brien mean for nurses?

Energy bills are a pressing topic for nurses, with recent analysis from London Economics showing that inflation in unavoidable costs have eroded nurses wages over the last decade.

Nurses’ wages are 20% lower in real terms than they were in 2011, effectively meaning that nurses work one day a week for free when compared with ten years ago, the research found.

This means that any changes to the cost of utility bills can have a big impact on nurses who are already living close to the edge of their means.

In 2012, Mr O’Brien said that he supported tougher action on privatised utilities, like water and energy bills, saying the Government should ‘get tough’ to ‘squeeze down costs’. Time will tell whether this translates into action this winter.