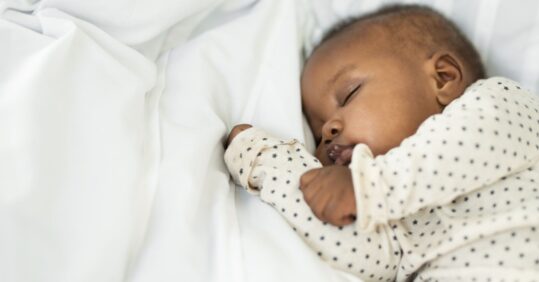 Systematic racism within UK maternity care is putting the safety of people from black, Asian and mixed ethnicity (BAME) backgrounds at risk, a year-long inquiry by childbirth charity Birthrights has found.

More than 300 people with lived and professional experience of racial injustice in maternity care gave evidence to an expert panel chaired by Shaheen Rahman QC, a barrister who specialises in clinical negligence and human rights, to inform the charity’s report Systemic Racism, Not Broken Bodies.

Ms Rahman said: ‘Black women in the United Kingdom are four times more likely to die in pregnancy and childbirth than white women; Asian and mixed-race women are twice as likely. This glaring inequity prompted Birthrights to bring together experts with lived experience, healthcare professionals, lawyers and academics to examine how race discrimination impacts upon maternity care.’

Feeling unsafe during maternity care was the most common theme in the testimonies received through written evidence, focus groups and in-depth articles, with two-thirds of people who shared their stories describing not feeling safe some or all of the time.

‘Racism and racial discrimination had a direct impact on their sense of safety,’ the report said.

Serious medical conditions, such as jaundice and sepsis, were not recognised due to skin colour, because policies and training centre on white bodies as the norm, the inquiry found.

In some cases, this has had catastrophic consequences, with the report citing a case where jaundice not recognised in a black baby resulted in the baby becoming brain damaged.

Other concerns highlighted in the report included not being listened to or believed, concerns about pain being routinely dismissed, and a ‘bulling and toxic culture’.

Testimonies demonstrated ‘harsh or rough treatment, and even shouting and threats,’ with ‘reports of racism, microaggressions and harmful cultural assumptions from caregivers, as well as coercion, incidents of physical and psychological harm, and lack of choice and informed consent.’

More than half of respondents said concerns they raised about their own or their babies’ health were dismissed, ignored or disbelieved.

Testimony from healthcare professionals also reported a discriminatory culture that included a lack of representation at senior level, and prejudice, ignorance, thoughtlessness and racist stereotyping within the workforce.

However, the inquiry found that the NMC is being used as ‘a bullying tool,’ with midwives threatened with being reported to the council, to stop them ‘standing up and speaking out when they see something wrong.’

There were ‘a multitude of accounts’ where women and staff had heard Asian women being referred to as ‘princesses’ or ‘precious’ and Black women as ‘aggressive’ or ‘angry,’ Birthrights said.

In the report, some healthcare professionals described colleagues saying that Black women and babies have ‘thick, tough skin,’ that a ward ‘smells of curry’ when South Asian families were being cared for, and that Chinese people are ‘dirty’.

The inquiry found BAME people are subject to ‘dehumanisation in maternity care,’ which is ‘manifested by disrespect, rudeness and lack of empathy.

‘The feeling of not being seen as an individual, or even as human, can act as a significant barrier to accessing maternity care,’ the report said, ‘further entrenching the inequalities seen in outcomes and patient experience, and causing long-lasting trauma.’

A midwife said: ’embedded in this system is the blame that’s put on black bodies’ that they somehow ‘don’t work in the correct way.’

Birthrights said: ‘For too long, explanations for racial inequities in maternal outcomes have focussed on black and brown bodies as the problem – regarding them as “defective”, “other”, and a risk to be managed.’

The inquiry, which was also informed by a poll of the experiences of over 1,000 women – 556 White and 513 Black – who gave birth in the last five years, found ‘serious and routine violations of the right to informed consent’ for Black, Brown and mixed ethnicity people. ‘Consent was not always sought for medical procedures, caregivers sometimes used coercion and obstetric violence, and there was a lack of choice about their maternity care,’ Birthrights said.

There were ‘many examples’ of women with limited or no English who had no access to an interpreter or adequate translation services, ‘leading to them having procedures where they were not clear of the risks or benefits, or even why they were having it all.

‘In one tragic case, a baby suffered a catastrophic brain injury due to hypoglycaemia caused by lack of feeding support,’ which the mother was ‘unable to receive as no interpretation services were provided.’

Anti-racism expert Nova Reid said: ‘Instead of denial and seeking blame, we need to collectively ask ourselves how we have gotten to a place where caregivers have forgotten how to care, and discuss how we better safeguard all patients. Racism is a public health issue and, by accepting it exists, we can begin to address it.’

Birthrights said: ‘This is an urgent human rights issue, and urgent action must be taken to address it.’

The report sets out five calls to action for change, with Birthrights calling on all parts of the maternity system to:

The NMC reported rising discrimination against its black and minority staff this year in its annual report on race equality at the end of last year.

In November, the NMC promised to fix ‘gaps’ in its guidance and training for staff and panellists after it admitting its controversial ruling in a racism hearing was incorrect.