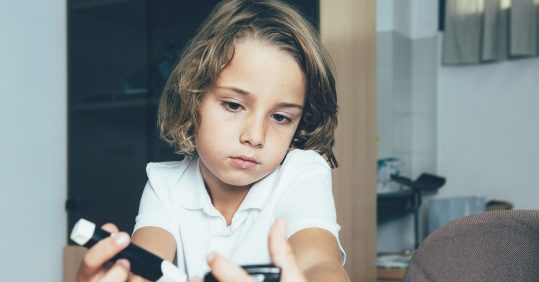 Only 30% of the hundreds of children living with type 2 diabetes in England are receiving the care they need, a report has revealed.

Under 12s with the condition need HbA1c, BMI, cholesterol, blood pressure and albumin checks, while 12- to 18-year-olds need eye exam/retinopathy and foot exams on top of this. Yet around two-thirds of children with the condition are not receiving all these care processes, NHS Digital found.

The report, called the Young People with Type 2 Diabetes report, also revealed for the first time that 1,560 under 19s in England have been diagnosed with type 2 diabetes as of 2019-20. Because the data is the first of its kind, there are no previous figures to compare it to.

Christ Askew, Diabetes UK chief executive, said the figures are ‘sad indictment of the health of our nation’ and ‘a worrying wakeup call’.

Obesity is thought to be behind the rising number of children with the condition, although ethnicity and other risk factors also play a role. NHS digital data from 2017 shows that 30% of children aged two to 15 are overweight or obese.

Mr Askew continued: ‘Far more needs to be done to improve the environment in which we live in, to help us all to make healthier choices and consequently, to stop cases from increasing further.

‘We also need to ensure that children already living with type 2 diabetes have access to specialist support as soon as possible. Not least to minimise the risk of serious medical complications in early adulthood.’

The condition is known to be more serious in children – and can lead to complications, including kidney failure and heart disease, later in life if they don’t get the right support.

In addition, it said the Government must ‘work harder to tackle childhood obesity’. Although restrictions on junk food marketing are a ‘good start’, ‘more must be done’, it said.

The Government announced in June that television adverts for foods high in fat, salt and sugar will not be allowed between 9pm and 5.30am across the UK from the end of 2022.

Nursing in Practice recently looked in depth at whether the Government’s latest obesity strategy was likely to work.