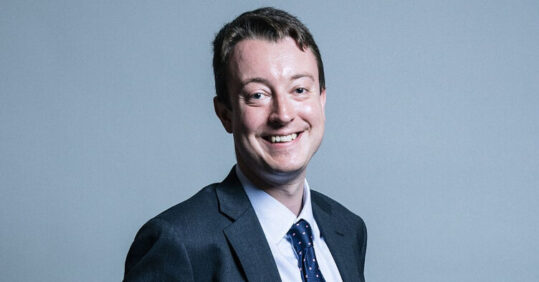 Conservative MP and former cabinet minister Simon Clarke has caused outrage and the criticism of his own party after saying that nurses forced to use foodbanks needed to budget more carefully.

Speaking on BBC Radio Tees, the former chief secretary to the Treasury and MP for Middlesbrough South and East Cleveland, told nurses that ‘if you’re using a foodbank and you’re earning the average nurses salary of £35,000 a year, then something is wrong with your budgeting.’

Mr Clarke added that nurses needed to ‘take responsibility in their lives’ and that he ‘did not believe’ that anyone on the average nurses’ salary needed to use a food bank.

As striking nurses walked out of 55 NHS employers across England, Mr Clarke’s comments were met with outrage by the nursing unions and were even criticised by leveling up secretary Michael Gove.

Pat Cullen, RCN general secretary, said in response that ‘to criticise anybody using a food bank is disgusting, heartless and dangerously out of touch.’

‘When nurses are having to pay hundreds of pounds a month just to get to work, can’t afford to put food on the table, and are forced to cut back on shifts because they can’t afford ever-increasing childcare costs, something is seriously wrong,’ she said.

Meanwhile, Mr Clarke has not backed down from his claims, saying on social media that the view is one ‘I stand behind 100%.’

Taking to Twitter, Mr Clarke went on to say: ‘You can have huge respect for people working in our public services and also be clear that if you are earning £35,000, unless there are very particular circumstances, you shouldn’t need to use a foodbank.’

He was also joined in supporting the claims by Lee Anderson, MP for Ashfield, who told said that nurses using foodbanks ‘must have a budgeting problem’ asking ‘am I missing something?’

Following Mr Clarke’s comments, Michael Gove, Secretary of State for Levelling Up, told Sky News that he would ‘never criticise nurses for something like that’.

He added: ‘I think the most important thing to do is to recognise that people who are working in the NHS are people who’ve dedicated their lives to a caring profession, they’re doing everything they can to support us.’