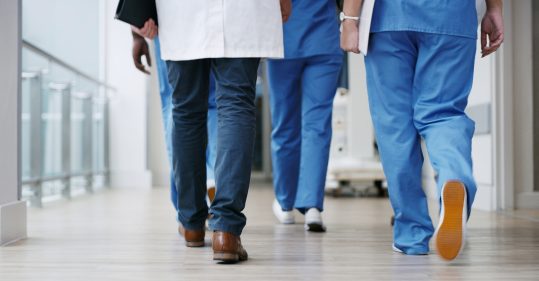 A majority of the British public think the Government should do more to ensure nurses receive a fair pay rise, above 1%, a survey commissioned by health unions has found.

In a poll of 2,144 people by research consultancy Savanta ComRes, 60% of respondents said the 1% wage uplift proposed by the Government for NHS staff in England including nurses was too low.

The poll commissioned by 14 health unions include the RCN, Unison and Royal College of Midwives (RCM) also found 66% of respondents supported the Government making additional resources available to fund a higher increase.

Pat Cullen, acting chief executive and general secretary at the RCN, warned ‘it is inevitable more nurses will leave the profession’ if politicians ignore the support among the public for higher NHS pay showed by the findings.

She continued: ‘The public will hold the government to account for the failure to address the pay crisis and the tens of thousands of vacancies.’

Christina McAnea, general secretary of Unison, agreed the findings show ‘public support for a proper rise is as high as ever’ and ‘the Prime Minister must do the right thing by trying harder to find the money for the increase staff deserve’.

Ms McAnea also pointed out that ‘NHS workers should have been looking forward to extra money in their pockets this month’ but ‘instead they’re still waiting’.

The three-year pay deal ended in April – but government delays have meant that recommendations from the NHS Pay Review Body, which advises the government on Agenda for Change pay, are not due until later this month before ministers decide the final figure.

RCM chief executive Gill Walton said: ‘NHS staff work selflessly around the clock to ensure safe care, often working unpaid hours. The government must recognise that, and reverse years of pay stagnation meaning most staff are worse off now than they were a decade ago.’

The UK Government also came under pressure to give NHS staff a substantial pay boost after Scotland revealed it has offered its NHS staff a pay rise of at least 4% in March, well above the 1% pay rise to staff in England.

Scotland, Northern Ireland and Wales have also pledge to give NHS staff a £500 bonus each for their work during the pandemic. Westminster has confirmed NHS staff in England will not receive this.