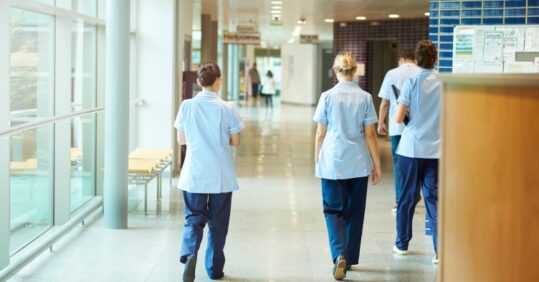 The NHS needs a long-term workforce plan alongside the £5.9bn recently announced by the Government if it is to fully recover from the Covid-19 pandemic, healthcare bodies have warned.

The cash aims to increase elective activity by 30% by 2024/25 compared to pre-pandemic levels, the Treasury announced yesterday amid concern about growing waiting lists. The investment is expected to be confirmed by Chancellor Rishi Sunak in his budget tomorrow.

As part of this, £1.5bn will be spent on increased bed capacity, equipment and new surgical hubs; £2.3bn will be used to ‘transform’ diagnostic services including community diagnostic centres; and £2.1bn will be invested in technology and data systems.

But healthcare bodies have warned that unless the Government announces additional funding to address staff shortages and a workforce plan, there will not be the staff available to deliver these aims. The latest NHS Digital data shows nursing vacancies are currently at 38,952 in England.

The RCN described safe recovery as ‘impossible’ without additional investment to tackle the ‘nursing workforce crisis’. It predicted ‘disaster for the health and care services this winter’ without further action.

RCN chief executive Pat Cullen said: ‘Nursing staff are furious at the way the Government has tried to downplay the critical situation our health and care services are already in. The Chancellor has a chance this week to repair some of the damage by announcing the both long- and short-term investment in his budget.’

And NHS Providers deputy chief executive Saffron Cordery said: ‘The full potential of the funding won’t be realised without a long-term workforce plan. To meet rising demand for services it is vital that we address staff shortages, which needs a long-term vision, not “quick fixes”.’

Also expected to be confirmed in the budget tomorrow, Mr Sunak has said in a statement that nurses on Agenda for Change contracts will receive a pay rise next April.

In addition, Mr Sunak will announce £500m to fund a network of ‘family hubs’ in the community across 75 different areas in England, which the Government says will provide a ‘one stop shop’ for support and advice.

However, Labour said the package was a ‘smokescreen for the Conservatives’ failure to deliver for families’ in the past, following ‘11 years of cuts’ and the closures of Sure Start children’s centres.