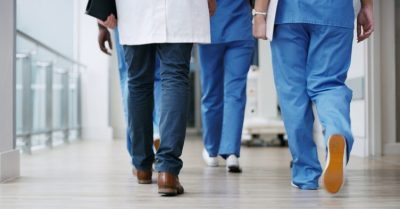 The British public believes that standards of care in the NHS are declining, with workload and staff staffing levels named the most pressing issues, a survey has revealed.

In a Health Foundation poll on NHS care of 2,102 people aged 16 and over, conducted between 25 November and 1 December, addressing workload (37%), increase staffing numbers (36%) and improving waiting times for routine services (35%) were the top three ways cited to improve services.

The public pinpointed pressure on NHS staff (85%), waiting times for routine services (84%) and access to GP services (77%) as factors that have worsened over the last 12 months.

Tim Gardener, senior policy fellow at the Health Foundation, said it was ‘telling’ that ‘supporting and growing the workforce’ are among the public’s top priorities for the NHS, especially as the Government has not yet produced a ‘comprehensive workforce strategy’.

He continued: ‘Despite waning confidence in the government’s policies, backing for the core principles of the NHS remains very strong. The public clearly wants to see the health service supported to recover from the pandemic, not radical changes to the NHS model.’

The survey found people are least likely to think the standard of care at their GP practice (56%) and local hospital (37%) have deteriorated, although only 6% believe standards in either have improved.

People living in the most deprived parts of the country are more likely to think quality of care has deteriorated at their GP practice (65%), which tallies with research last month showing GP practices in the more deprived areas of in England are underfunded and perform less well.

However, the public were most pessimistic about social care, with 69% thinking the standard of care has got worse, and 4% that it has improved. The researchers noted this is a ‘considerable shift’ from May 2020, when 41% thought standards had become worse and 10% thought they had improved.

The researchers said: ‘[This finding] may partly be a reflection of growing public awareness of how the pandemic has impacted adult social care and the gaps in the government’s response, as well as frustration with the continuing restrictions on visiting care homes.’

Commenting on the survey, Saffron Cordery, deputy chief executive of NHS Providers, said: ‘We agree with the Health Foundation that what is needed is a long-term, fully funded, workforce plan to tackle the significant workforce gap facing the NHS and social care in England over the next decade.’

The poll comes after RCN Scotland found last month that six in 10 nursing staff in Scotland are either considering or actively planning on quitting their job.