Children’s mental health should be a national priority 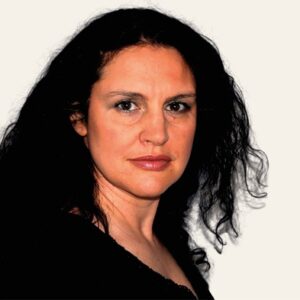 The £79m funding is a mere fraction of what is required

As a mother of two primary school boys, I struggled to work full time and to homeschool. I saw the effects of lockdown the past couple of months – and last summer term – had on my children. There were tears, anger and not much homeschooling done – and a lot of googling by parents who couldn’t remember how to add or subtract fractions.

But my children had parents who tried. They were not living in a
household where they were being abused and they don’t have existing mental health issues, or any that we know of.

So it is hard to imagine the horrors some children have been
subjected to over the past year, or how much schooling they have
missed, or how lockdowns have affected their mental health. Figures
from Ofsted suggest some children have actually lost their lives or
suffered serious harm during lockdown, with a 27% rise in serious
incident notifications to English councils between April and September
last year compared with the same period the year before.
These are shocking statistics. For those who survive serious injury,
how can they ever mentally recover?

Also, for less extreme cases, the lockdown has taken a toll.
Everyone has trouble motivating themselves when spirits are low.
Children do too, when they have not seen their friends or been able to
experience the joy of playing with their peers. It is terrifying to think one in six children had a probable mental health condition in July 2020, according to NHS Digital statistics, compared with one in nine in 2017.

As children return to the classroom and the services provided by schools – including school nurses, who have certainly proved their worth over the last few months – we can only hope the damage will heal, and quickly.

Although there was no package for children’s mental health in the
chancellor’s Budget in March, two days after the fiscal statement the
Government announced it was allocating £79m for this. Taken from
the £500m mental health funding announced in November’s spending
review, the funding aims to increase the number of school mental
health support teams in England from 59 to 400 by April 2023.

But charities immediately suggested this was not enough and called for
mental health support teams in all schools. In January last year –
before the pandemic – the Children’s Commissioner suggested an
extra £1.76bn was needed to bring children and young people mental
health spending in line with their population share (around 20%).
The £79m funding allocated by the Government is a mere fraction
of what is required. The Government will need to do more to repair
the damage Covid-19 has wrought on children’s mental health. It may
sound corny, but children are our future. They will taking care of us in
years to come. It is in our interests to take care of them now.