The ICN vote is done. Now is the time to come together 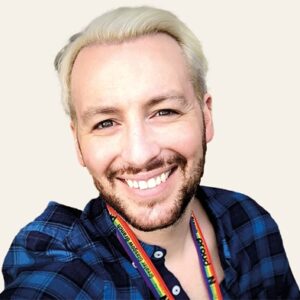 The RCN has voted to rejoin the International Council of Nurses after leaving in 2013. Public health community staff nurse Craig Davidson, who was part of the ‘We Are Global Nurses’ campaign team, welcomes the breaking down of barriers.

At their Annual General Meeting (AGM) in 2013, the RCN committed that when they decided to withdraw their membership from the International Council of Nurses (ICN), they would reallocate all of these funds to other global nursing projects and networking opportunities. At last week’s AGM, where the membership ultimately voted to rejoin the ICN, I asked a straightforward question: has this been the case, as I have been unable to find any transparent evidence of this financing anywhere. To his credit, the chair of the RCN Council, Dave Dawes, stated that I was factually correct; this had indeed not been the case.

Another thing I struggled to comprehend was why these alternative global nursing projects and networking opportunities were deemed superior to membership of the ICN, the only international body of nurses officially recognised by the World Health Organization (WHO). However, the RCN decided to leave long before I came into nursing. I only began my nurse education in 2017. But I am passionate about global health issues, eradicating health inequalities and achieving universal healthcare for all. As one of the wealthiest nations in the world, we have an ethical and moral responsibility to help others. However, we also have so much to learn from middle and lower-income countries.

So, I am delighted that at last week’s AGM, an overwhelming 84.7% of the RCN membership voted to rejoin the ICN. The resolution only required a simple majority; we smashed this, and it went way beyond anything I could have hoped for, speaking volumes. Without a doubt, it has been one of the highlights of my professional nursing career to date to be part of the ‘We are Global Nurses’ campaign team. We are a collective of nurses who have been driving forward the agenda for the RCN to rejoin the ICN for over four years.

But something genuinely incredible has happened. We have created a social movement of nurses who want to put global health issues at the forefront of people’s minds. Now, I understand entirely that some RCN members hold very valid concerns regarding the ICN. One is the fact they host certain events in countries with severely questionable human rights issues. I completely agree with this stance and am likewise troubled – although our own human rights standards are far from unblemished.

Now, I hope that all RCN members, those for and against rejoining the ICN, can work collaboratively to develop a consensus of aims. That way, we can use our seat at the ICN table to the best of our advantage, enabling us to influence global health changes positively. Covid-19 has illustrated global health issues know no boundaries. So, today’s decision, I hope, has gone some way to breaking down insular borders.