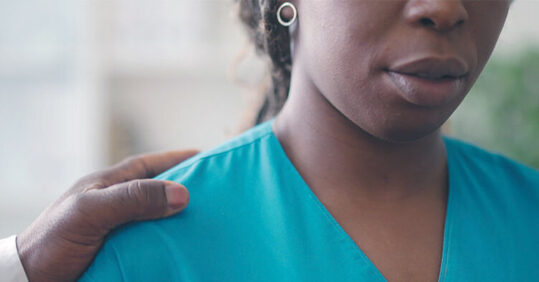 The campaign ‘Surviving in Scrubs’, launched in March this year, is aiming to help tackle incidences of sexism, harassment and sexual assault experienced by healthcare staff.

‘The strength in our collective voices will allow us to campaign and push for change in healthcare to end the culture of misogyny,’ says the campaign’s opening statement. ‘Sexism, sexual harassment and sexual assault are commonplace in the healthcare workforce. Too many of us have witnessed or been subject to it.’

The brainchild of Dr Becky Cox, a GP specialist working in gynaecology, and Dr Chelcie Jewitt, an emergency medicine trainee, the campaign is collecting and anonymously publishing healthcare professionals’ stories of sexism and assault.

The majority of the accounts gathered on the campaign website are from women and, while previous studies have mainly looked at the experiences of doctors, it is hoped the project will shed light on the experiences of nurses and other non-doctor staff.

Dr Jewitt took the time to sit down with Nursing in Practice to talk about Surviving in Scrubs and the broader challenges of sexism in the healthcare professions and in patient-facing roles.

Q: What are the aims for the Surviving in Scrubs campaign?
A: There is a culture of sexism in our healthcare system. This is healthcare’s worst-kept secret, and no one talks about it. We want to keep people talking about it.

The ideal scenario is that no sexism happens in the workplace. We want women to feel comfortable at work, because it’s exhausting navigating the culture of sexism.

I think that if people take the time to read the stories on the Surviving in Scrubs website, they will be shocked to see how many there are – we’re nearing 130 already.

We need others to come forward because I think there is something we are missing. I just don’t see that doctors can be in isolation with this problem. They might just feel more empowered to have the conversation.

We are keen to push something forward in nursing.

Q: Are there any trends emerging in the responses so far?
A: At the moment we’re seeing a lot of, for want of a better phrase, extreme examples. We’re seeing a lot of stories of sexual assault and inappropriate touching; women being forced upon by male colleagues.

There are also a lot of stories of women being belittled, or that healthcare is a ‘boys’ club’ so that when some incident does happen the rumours spread like wildfire.

We also see a lot of embarrassment, and people fearing to speak out, moving trusts or leaving healthcare altogether.

Q: Why do you think you are seeing such extreme examples?
A: I think it’s because there is a frustration with the reporting system and people don’t feel safe.

The fact that Surviving in Scrubs is anonymous just makes people feel comfortable enough to say what’s happened to them and hope it won’t happen to others.

The reporting system is flawed – either it’s non-existent or it’s not psychologically safe for the victims, so it’s very hard for them to report.

In GP practices, you would usually report to your supervisor or line manager, but the difficulty is when incidents of sexism, harassment and assault actually occur within a close working team. If your supervisor is the perpetrator, who do you go to when others are often working closely alongside them?

In my own experience of reporting, I was told by a consultant: ‘Well, you’re moving trusts soon but I have to work with this man for the rest of my career – I don’t know what I can do.’ I do understand where that consultant was coming from, but it’s not good enough.

Q: What has the reaction been to the project so far?
A: Becky works in a predominantly female environment and has had a lot of positive responses. There are more men than women where I work so I’ve had a more mixed response.

A lot of people are really shocked. A lot are really positive, but on the flipside there is also, not hostility, but some scepticism and sarcasm.

Some of the men I work with say, ‘Oh there’s Chelcie, this medical feminist who’s going save the world’. So sarcastic and belittling, but I just laugh it off because I was expecting to get that.

Q: What advice can you give to nurses wishing to make their workplace safer for themselves and others?
A: The first thing they can do is submit their experiences to Surviving in Scrubs – we want a collective narrative and to show that this is continuously happening. We’re trying to take on some big governing bodies so the more evidence we have, the better.

And speak to your friends and colleagues, as you’d be surprised what’s happening and people aren’t talking about it. As soon as you start talking, the flood gates open, and that’s actually supportive for them and for you.

It might even lead to some ideas of how you can fix things in the environment in which you work, because reporting systems are different everywhere.

View the accounts, or contribute your own, on the Surviving in Scrubs site. Dr Cox and Dr Jewitt can also be reached by email at survivinginscrubs@gmail.com or via social media. 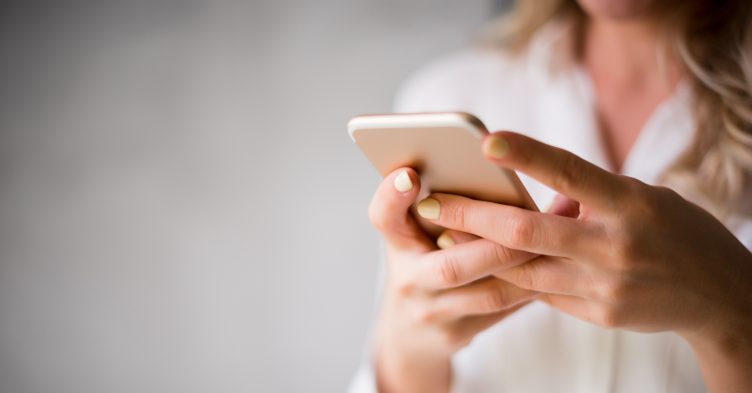