One in six children have mental health disorder, research finds 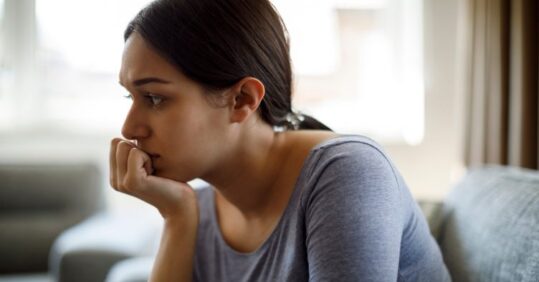 The mental health of children and young people has not improved since last year’s lockdown, with one in six suffering a probable mental health disorder, official data has suggested.

Umbrella groups and researchers have urged the Government to introduce more support for children and young people, in response to the figures.

Children’s charity Barnardo’s specified that the Government should roll out mental health support teams across all schools in England ‘as a matter of urgency’. Currently, it has only committed to roll out support teams to schools in 20% to 25% of areas by 2024.

Barnardo’s interim Co-CEO Lynn Perry OBE said: ‘Today’s findings show that children who already struggled with their mental health before Covid have faced particular challenges in recent months, and those in poverty and lacking strong family support are also more at risk.’

Children ‘want a mental health system that prioritises early intervention’ and ‘makes sure they don’t fall through the cracks’, she added.

Tamsin Ford, professor of child and adolescent psychiatry at the University of Cambridge and one of the study authors, said the survey reveals there has been ‘no improvement’ in child mental health. She added: ‘We need to work hard to prevent further deterioration and to ensure that those who need it have access to effective support’.

Director of policy and campaigns at Action for Children, Imran Hussain, said: ‘Children need support as soon as a problem is identified, and not be left to suffer in silence on a waiting list for months on end, risking even more damage to their mental health.’

RCN professional lead for mental health Stephen Jones said: ”Every school needs a school nurse and even a mental health nurse, so they can provide early support for children in school, as this can go a long way to reducing the issues which can have life-long consequences.

‘Yet between 2017 and 2021 the numbers of school nurses went down by 18%.More investment is needed in primary care to ensure children and young people don’t end up in crisis in the first place.’

Earlier this year, Nursing in practice took an in-depth look at the impact of the Covid-19 pandemic on children and young people’s mental health.