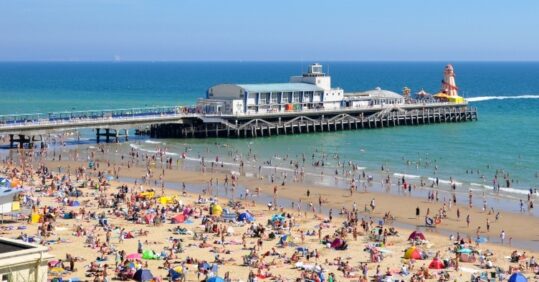 Skin cancer deaths have risen by 150% since the 1970s, according to figures released by Cancer Research UK, as experts warn the British public to stay safe in the sun.

Nine in ten (86%) of melanoma cases are linked to too much sun or sunbeds, with Cancer Research UK chief executive Michelle Mitchell stressing that it is possible to get burnt in the UK ‘even though many summer holidays on beaches abroad have come to a halt’.

Ms Mitchell continued: ‘There are many benefits to going outside, felt now more than ever because of sustained periods of lockdown. But something we should all be aware of is sun safety and how to reduce our risk of melanoma.

‘With rates rising, it’s never been more important to stay safe in the sun and contact your GP if you notice any unusual change to your skin.’

The surge in melanoma deaths is greater in men than women, with death rates more than three times higher now than they were in the 1970s for men – possibly because men are more likely to be diagnosed when the cancer is at a more advanced stage, the charity suggested.

In the UK around 16,200 people are diagnosed each year with melanoma, making it the fifth most common cancer.

However, in England, nine in ten (91%) of melanoma patients are diagnosed at an early stage and 91% will survive their disease for five years or more.

The risk of developing melanoma is around three times higher in people who have had sunburn just once every two years. Even reddening of the skin or tenderness is a sign of sun damage.

Earlier this month, a urine test showed promising in monitoring skin cancer, as an alternative to alternative biopsies.

In addition, another study suggested that target drugs have contributed to a decline in deaths from the most common lung cancer.

Cancer research advice on staying safe in the sun:

• Seek shade – when the sun is strongest, between 11am and 3pm in the UK
• Cover up with clothing – wear a T-shirt, hat and sunglasses
• Apply sunscreen regularly – with at least SPF15 and 4 or more stars. Use it generously, re-apply regularly and use in combination with shade and clothing