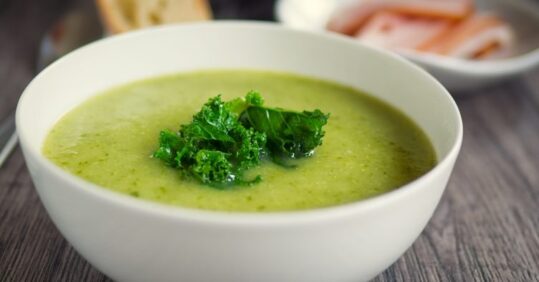 People with type 2 diabetes on the NHS soups and shakes diet have lost an average of 13kg in three months, NHS England has announced.

Early data from over 2,000 participants on the 12-month treatment course found they lost 7.2kg (over one stone) on average after one month, and 13.4kg (over two stone) after three months.

NHS England has said it has now expanded the programme – which ran in 10 regions across the country – to 11 more regions this month following its ‘early and life-changing success’.

On the programme, participants are given low calorie, diet replacement products such as shakes and soups for the first three months, said NHS England. After that, they are reintroduced to healthy, nutritious foods with support through virtual one-to-ones, group sessions and digital support.

Supporting people with type 2 diabetes to lose weight and ‘make better decisions about their health’ through the soups and shakes programme also helps them ‘better control their blood sugar levels.’ This then reduces their need for medication and could enable them to achieve remission.

In previous clinical trials, almost half of those who went on the reduced-calorie diet achieved remission of their type 2 diabetes after one year, it pointed out.

Diabetes is estimated to cost the NHS £10 billion a year, with treatment accounting for one in 20 prescriptions written by GPs, NHS England added.

Professor Jonathan Valabhji, NHS national clinical director for diabetes and obesity, said: ‘We know this weight loss will go a long way to help people stay well and avoid preventable illness, and for many will also mean they can put type 2 diabetes into remission.’

He also said the diet was ‘the latest example’ of the NHS adopting ‘evidence-based treatments’, with results so far ‘in line with what we have found in trials’.

‘Remission can be life-changing, offering people a better chance of a healthier future. Today’s announcement means that many more people across England who are living with type 2 diabetes and overweight will have the chance to get the support they need to go into remission.’

The soups and shakes diet is expanding to these areas:

The programme follows the Institute for Public Policy Research in October last year calling on the Government to ringfence £35bn for public health, which it argued could transform health outcomes and boost the economy.

Last summer, the Government announced that TV adverts for foods high in fat, salt and sugar will not be allowed between 9pm and 5.30am across the UK from the end of 2022.