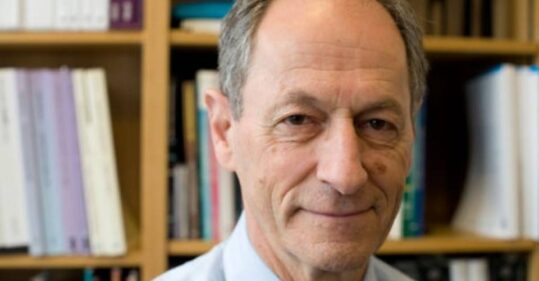 The Government must reverse a decade of public health cuts to tackle the health inequalities exposed by the Covid-19 pandemic, a leading academic has warned.

Sir Michael Marmot, who is director of UCL’s Institute of Health Equity, spoke against cuts at the RCN’s annual Congress event yesterday. The Government must instead ensure ‘greater equity’ of spending on public health ‘if the tide is to be turned’ against rising inequality.

The professor, who also headed a major Government-commissioned review on health inequalities just over 10 years ago, told delegates Westminster should ‘reset’ the health agenda by focusing more on prevention. This is necessary to tackle ‘damaging, widening’ health inequalities, he added.

Sir Michael said: ‘We need to adopt a health and social care system which prioritises not just the treatment of illness but how it can be prevented in the first place.

‘The pandemic has made it crystal clear over the last 18 months why public health and, more broadly, the social determinants of health, are so important. The health and social care agenda must be re-balanced more towards prevention.’

Sir Michael’s speech featured as part of a stripped-back programme at RCN Congress this year, which was moved online last month because of sexual harassment allegations. The nursing body also cancelled debates, saying it wanted instead to focus on an ‘educational’ programme.

It also comes as the RCN has called on the Government to introduce a fully funded health inequalities strategy. A sustainable funding settlement for public health, including investment in public health nursing, should also be introduced, it added.

RCN chief executive Pat Cullen said: ‘Cuts to public health budgets must be reversed urgently. The impact on patient care has been appalling in areas such as smoking cessation, obesity services and sexual health clinics.’

In August, the Institute of Health Visiting called the Government’s response to a petition demanding more funding for local authorities for health visiting in England ‘disappointing’ and ‘dismissive’.

Leading Hampshire health visitors and school nurses spoke to Nursing in Practice last month about low staff morale and their fears for child safety if proposals to axe around 47 posts go ahead. Hampshire County Council has not yet released the results of its consultation on the proposals.

In Stoke-on-Trent, councillors voted in July against using part of a council underspend last year to prevent around 12 health visitors and nurses losing their jobs because of planned cuts.