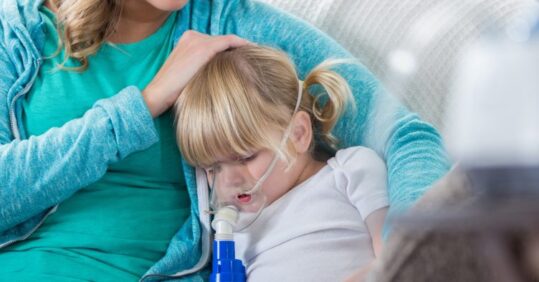 The NMC’s plans for community children’s nursing could put patients’ lives at risk and lead to slipping standards in the profession, nurses in the field have warned.

The regulator’s proposed post-registration standards for community children’s nurses (CCNs) – who look after ill and disabled children at home – would ‘dilute’ the profession and lead to variations in care quality, five members of the @careCCN pressure group have told Nursing in Practice.

But draft proposals would introduce one set of SPQ standards for all fields, with universities expected to develop one community nursing programme meeting the standards but with different routes for each specialism.

Maeve Murray, a CCN based in Northern Ireland, said she was ‘very concerned about patient safety’ if the changes go ahead. She added: ‘There is already such variation between courses and even services. We know that unwarranted variation really increases risk to patient safety.’

Ms Murray even warned that the proposals could threaten the future of CCNs. ‘There is a worry that if we don’t stop the proposals going through, we may start to say goodbye to children’s nursing as a discipline.’

Jane Mulcahy, a CCN based in Sussex, agreed: ‘We’re not just aiming to be this generic nurse that you can slot into place anywhere across the NHS. We’re very specialist. How can you have a specialist qualification that doesn’t have specific standards attached to it?’

Sian Hooban, a CCN based in Cambridgeshire, added: ‘I feel really privileged having had the opportunity to do the SPQ.  It gives you that high-level strategic thinking. Not having the SPQ doesn’t diminish the role but taking away the opportunity of obtaining it is the concern.’

The group worries the small size of their profession – with only 864 registered with an SPQ in NMC’s latest registration report from March this year – means their voice is often not heard by decision-makers such as the NMC.

Rebecca Hepworth, a CCN based in the Isle of Wight, explained: ‘There’s not many of us because there doesn’t need to be many of us. We look after the sickest of the sick of children… CCNs can seem insignificant to big organisations.’

Rebecca Daniels, a CCN based in London, added: ‘The NMC is diluting CCNs, community mental health nursing and learning disability nursing because they don’t see nor understand our worth’.

The NMC consultation and engagement with registrants is a ‘one-way conversation’, Ms Daniels added.

The NMC spoke to some CCNs as part of its pre-consultation engagement, but Ms Daniels questioned whether they listened because ‘there’s no way CCNs would accept these proposals’.

She also raised concerns about the closed chat boxes in the webinars the NMC is running about the proposals, although the NMC has now published the content of each chat on its website alongside the webinars.

QNI director of nursing (innovation) Sue Boran also warned: ‘Without specific standards of proficiency for this qualification, there is a greater risk of unwarranted variation in nurse education and practice, resulting in confusion and inconsistency for practitioners, employers, children and families.’

Professor Geraldine Walters, executive director of professional practice at the NMC, told Nursing in Practice that pre-consultation engagement with groups ‘informed the drafting of the standards’, but argued that ‘what some speciality groups felt were bespoke standards’ were in fact general and could be applied to other specialties too.

For example, the NMC found advocacy applied to CCNs, district nursing and community learning disability nursing, she said. So, instead of a bespoke standard on advocacy, the NMC created a ‘high-level standard’ on advocacy ‘to be applied within the context of different areas of specialist practice’.

Ms Walters added: ‘The draft standards will give universities and practice partners more flexibility to develop their programmes the way they need to meet our standards. This includes a route for those post-registration students who will need to meet the proficiencies for the CCN qualification.’

On fears about erasure of the CCN role, she said: ‘We do not have any authority to make decisions in regard to workforce planning and funding, but we hope that our standards provide the regulatory framework that demonstrates the value of suitably educated and proficient CCNs.’

The NMC is currently urging people to take part in the four-month consultation, which began in early April, on the draft proposals.

QNI chief executive Dr Crystal Oldman has previously spoken against the NMC proposals to Nursing in Practice, suggesting the regulator may have made decisions on post-registrations standards proposals prior to the pre-consultation engagement process.

The @careCCN group was created in July 2020 by Becky Bedford.