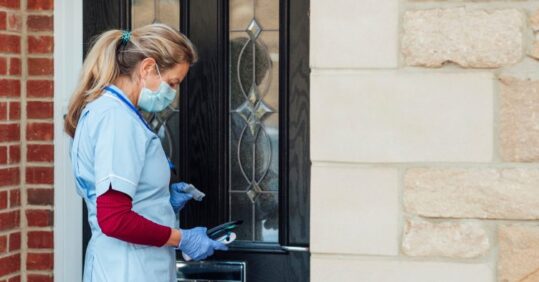 The NMC’s draft post-registration standards are ‘largely fit for purpose’, although concern remains that they are ‘too generic’ to be applied to some community specialisms.

The NMC said the 2,363 responses – including from nurses, members of the public and organisations – to the consultation, which ran from April to August 2021, on the standards were ‘predominantly positive’ with a ‘small number of suggested improvements’.

But long-standing concerns resurfaced over the ‘generic’ nature of the SPQ standards, with some nurses citing concerns over patient safety and the ‘dilution’ of specialist skills.

Otherwise, the NMC said SPQ standards were ‘reasonably well received’, while 75% backed the SCPHN standards. For post-registration programme standards for both SCPHN and SPQ, ‘at least 67% agreed with most of the proposals,’ the NMC revealed.

The consultation on the draft standards found that between 72% and 88% of relevant respondents agreed the proficiency were applicable to each community field of practice.

However, among those disagreeing, the NMC said many thought the standards are ‘too broad’ with ‘more field specific standards’ needed to reflect the ‘specialist aspects of each SPQ role’.

Some said the ‘generic’ nature of the standards may ‘cause specialist skills to be lots or misused’, while several respondents argued public safety may be at risk if specialisms are ‘diluted’.

For example, one registered nurse wrote: ‘My principal concern is that there is an assumption that these roles are all similar in nature and that there are proposed to be no field-specific (‘bespoke’) standards of proficiency for individual specialist areas of nursing.’

For SCPHN, the draft proposals include a set of core standards of proficiency, with field-specific standards for each specialism of health visiting, school nursing and occupational health nursing.

Although support was broadly positive, the NMC noted many respondents said SCPHN standards should include a mandatory prescribing element – with 47% of respondents saying so for health visitors, 37% for occupational health nursing and 33% for school nurses

It found 63% said the core standards could be applied to other public health nursing roles, although those who were uncertain raised concerns the standards might need to be more role specific.

Meanwhile, 31% of SCPHN respondents and 24% of SPQ respondents disagreed with the NMC’s proposals to not specify in the standards how long these courses should be in terms of duration.

In addition, the survey asked whether a prescribing element should be integrated into the programmes.

Nearly 73% of respondents said a prescribing course should be mandatory for district nursing, while 66% agreed for the GPN route. This falls to 51% for community mental health nursing and community children’s nursing route, and 42% for community learning disabilities nursing.

The NMC said it would now work with partners from across health and social care to ‘consider how we can refine the standards’, before presenting them to NMC Council for approval.

Professor Geraldine Walters, NMC executive director for professional practice, said: ‘We’re pleased that the responses are generally positive with most people supporting the ambition and intention of these future standards.

‘We also received lots of wider useful feedback, and it will take a few months to give the responses the consideration and scrutiny they deserve,’ she added.