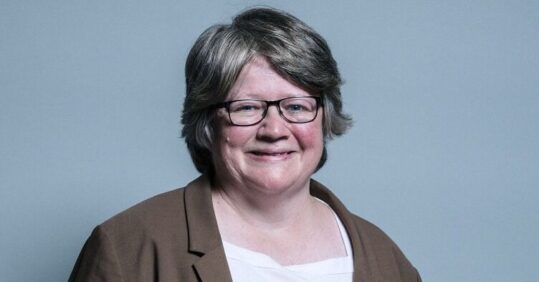 Therese Coffey’s reportedly plan to pay hundreds of millions to care homes as part of a scheme to free up beds would be welcome if it is properly funded, a social care leader has said.

Mike Padgham, chair of the Independent Care Group and owner of St Cecilia’s Care Home, told Nursing in Practice that the new health secretary’s plan would be a ‘welcome proposal and if funded properly’.

It has been reported that the new health and social care secretary is considering proposals, which would directly pay care homes to take in patients who cannot otherwise be dismissed from hospital due to a lack of community care.

The proposals would form part of Ms Coffey’s plan to free up some of the 13,000 hospital beds currently occupied by ‘delayed discharge’ patients. It is hoped that this would help to cut down on the growing backlog of patients waiting for care and speed up handovers between ambulance and A&E staff.

However, the critical element of the new proposals will be funding. According to The Guardian, which first revealed details of the plan, neither the Department of Health and Social Care nor NHS England has sufficient funds to pay the ‘hundred’s of millions’ the scheme is expected to cost.

This comes shortly after NHS leaders called on the new PM to take urgent action to tackle the issues around social care. Earlier this week, a survey revealed the majority of people in the UK believe that social care services have deteriorated in the last 12 months, with many also believing that services will continue to decline.

However, amongst some care home owners, there is a sense that this is a step in the right direction.

‘This is a welcome proposal and if funded properly it will provide much-needed money to care and nursing homes and free up beds in hospitals,’ says Mr Padgham, ‘there will be many social care providers who are exasperated this morning, as we have been saying for so long that support for social care is vital not just for the millions who need that care but also for the proper operation of NHS healthcare.’

However, Mr Padgham also argues this ‘is a short-term, sticking plaster measure and will not tackle the underlying problems that brought this crisis about in the first place’, adding that ‘some 30 years of under-funding of social care, exacerbated by Covid-19, have crippled’ social care.

He added: ‘What we really need is a proper, root and branch reform of social care, backed by meaningful extra funding for the sector so that we can create a sector that properly pays its workforce and that will always be there to work side by side with NHS healthcare to provide proper, sustainable cradle to the grave care.’