Social care without ‘anywhere near enough’ PPE early in pandemic 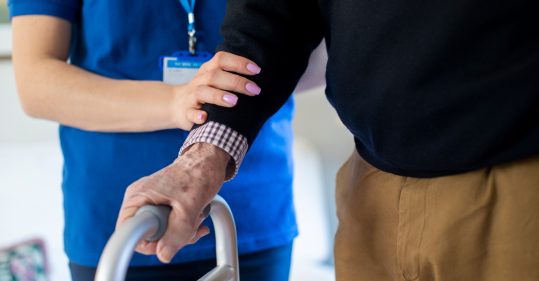 The Government’s decision to prioritise hospitals early in the Covid-19 pandemic left social care providers ‘without anywhere near enough’ PPE, a report has found.

Between March and July 2020, it found the adult social care sector was given 331 million items, accounting for 10% of its requirements. But NHS Trusts were given 1.9 billion items of PPE, equivalent to 80% of their estimated need.

The PAC raised concerns that healthcare staff across settings were put in the ‘appalling situation of having to care for people with Covid-19 or suspected Covid-19 without sufficient PPE’.

It was told that PPE stocks ran ‘perilously low’ with single items reused, some items not fit for purpose and staff in fear they would run out. Care providers were forced to buy PPE at short notice in an ‘overheated’ international market at ‘hugely inflated prices to suppliers they were unfamiliar with’.

Between February and July 2020, the Department of Health and Social Care (DHSC) spent over £12 billion on 32 billion items of PPE. But hundreds of millions of pounds were ‘wasted’ on unusable items, the report highlighted.

The PAC said the Cabinet Office was ‘too defensive about the lack of transparency over contract awards’ for pandemic supplies. This opened the Government up to ‘accusations of poor value for money, conflicts of interest and preferential treatment of some suppliers’.

During the first wave of the pandemic, about 25,000 patients were also discharged to care homes from hospitals without being tested for Covid-19. The committee said this ‘contributed significantly to the deaths in care homes’.

The report concluded that the DHSC must ‘develop a better understanding’ of the needs of NHS organisations as well as allied health and social care sectors.

Committee chair Meg Hillier said: ‘We’re at a dangerous new phase of the pandemic, in our third national lockdown with no defined end in sight. The government needs to acknowledge the errors and be better prepared.’

RCN chief executive Dame Donna Kinnair underlined that ‘the lessons of the PAC report need learning and applying urgently, as many of the failings still exist nearly a year later’.

She continued: ‘Nursing staff working hospitals, community and care homes are still being denied adequate PPE. Trusts and employers should not be forced into setting their own rules to protect their staff because the government guidance is unclear.’

The GMB trade union has written a blog for Nursing in Practice calling for all care home staff to have level 3 PPE that gives them better protection against Covid-19.

• Insomnia: providing support during the pandemic

4Nurses most at risk of distress during Covid-19, study finds