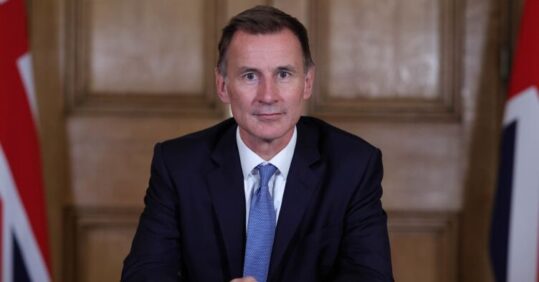 Jeremy Hunt has laid out a wave of new funding for the NHS and social care, with an £8bn package for the health and care system in his autumn statement today.

Mr Hunt said that ‘because of difficult decisions taken elsewhere today’, the NHS budget will be increased in each of the next two years by £3.3bn to deal with inflationary pressures.

The Chancellor also allocated social care additional grant funding of £1bn next year and £1.7bn the year after to ‘help free up some of the 13 and half thousand hospital beds that are occupied by those that should be at home.‘

This will be combined with funding freed up by delaying the implementation of the Dilnot Reforms – which would cap the amount any person in England would have to pay towards social care at £86,000 – and ‘more council tax flexibilities’.

This means total funding available to adult social care would rise by £2.8bn in 2023 and £4.7bn the year after, which Mr Hunt said was the ‘biggest increase in funding under any government of any colour in history’ and would allow the delivery of an extra 200,000 care packages.

The Chancellor also told Parliament that ‘the biggest issues are workforce shortages and problems in the social care sector’.

Mr Hunt went on to say, jokingly referring to himself: ‘The former chair of the health and social care select committee put forward a case for a long-term workforce plan… I’ve listened carefully to his proposals and I believe they have merit.

‘The Department of Health and Social Care and the NHS will publish an independently verified plan for the number of doctors, nurses, and other professionals we’ll need in five, ten, and fifteen years; taking full account of the need for better retention and productivity improvements.’

Alongside the budget increases, Mr Hunt said that he wanted to see the NHS to join other public services in making efficiency savings, saying: ‘We want Scandinavian quality alongside Singaporean efficiency.’

However, Mr Hunt insisted that this would not mean ‘asking people on the front line, who are often exhausted and burnt out, to work harder’.

Mike Padgham, chair of the independent care group, said that while the record funding ‘has to be welcomed, the very same gentleman who promised that also said that social care needed £7bn just to stand still’, which he said as chair of the Health and Social Care Committee (HSC).

He added: ‘It’s progress but not enough, it doesn’t even meet the shortfall of where he [Jeremy Hunt] said we need to be.’

Before taking on the role of Chancellor, Mr Hunt oversaw the publication of a number of reports highlighting the funding problems in the NHS and social care as HSC chair.

In October 2020, following an HSC report into funding and workforce in social care, he said: ‘The Government must use the spending review to raise the annual adult social care budget by £7bn by the end of the parliament as the starting point for a wider series of reforms. Whilst that is a significant sum, it would not increase access or quality of care.’

Mr Padgham also raised concerns there was a danger that increasing the amount of funding supplied to adult social care through council tax flexibility could make social care ‘more of a post-code lottery’, generating further disparities between more and less affluent areas.