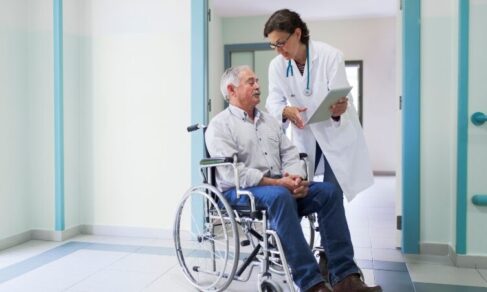 Steve Barclay, the health and social care secretary, has announced initial details around the £500m adult social care discharge fund, after healthcare leaders reported not yet seeing any of the funding.

Mr Barclay, speaking at the NHS Providers annual conference today, said that the first tranche of funding would be provided to care homes and domiciliary care providers by early December, with the second wave of funding set to arrive by late January.

He said: ‘This summer, I saw how problems often manifest themselves in one part of a complex system but are caused elsewhere. For instance, I know that the issues that we are seeing around delayed discharge are a symptom of a broader pressure across health and care.

‘To support this work, we have launched a £500m adult social care discharge fund to help get people who do not need to be on wards, and where this damages their health, out of hospital and into social care. Today I am pleased to announce details of the fund, which will be provided to ICBs and local authorities to free up beds, at a time when bed occupancy is at 94%, and to improve capacity for social care.’

Matthew Taylor, chief executive of the NHS Confederation said: ‘Health leaders will breathe a sigh of relief that this vital fund will be given to the system very shortly, but they will believe it when they see it. The rescue money was promised two months ago and the longer its release takes, the bigger the winter crisis facing the NHS and social care could be.’

Mr Barclay also offered some additional details of how the money provided by the fund may be spent, saying that ‘in line with our devolved and data-driven approach, we will allow local areas to determine how we can speed up the discharge of patients out of hospital’.

He explained: ‘This might be through purchasing supportive technology, through boosting domiciliary care capacity, or funding physiotherapists or occupational therapists to support recovery at home.

‘Meanwhile, we will also be looking closely at the impact of how funding is used and using this data to inform future decisions on funding, including a more compelling evaluation capacity to help those discussions with the centre of government.’

Nandra Ahmed, chairman of the Care Provider Alliance, said: ‘We have been anticipating the arrival of this fund for some months to try to create solutions which will impact on those who are in the midst of the crisis today. The key to making a difference is being able to be clear about the purpose and then making sure it is a resource available in a timely manner to avoid a crisis!

‘It is good to know that we now have timescales so we must also ensure that social care remains at the centre of planned disbursements to ensure we can be the solution which is so urgently needed to support people at home or in safe environments of their choice.’

The Government came under scrutiny earlier this month for so far failing to provide ‘a single penny’ of the promised funding, despite the fund having been announced under previous health secretary and social care secretary Thérèse Coffey.

At the start of this month, shadow minister for health and social care Liz Kendall said that ‘the previous health secretary promised £500m social care discharge funding for this winter, but it is 1 November and not a single penny of that money has been seen’.

Ms Kendall added: ‘I’m afraid that the political chaos and incompetency that we’ve seen over the last few weeks means that local services can’t properly plan and thousands more elderly people are trapped in hospitals when they don’t need to be.’

The discharge fund had formed a key part of Ms Coffey’s plan to free up thousands of hospital beds ahead of the winter and was supposed to be paid to care homes and providers of domiciliary care.